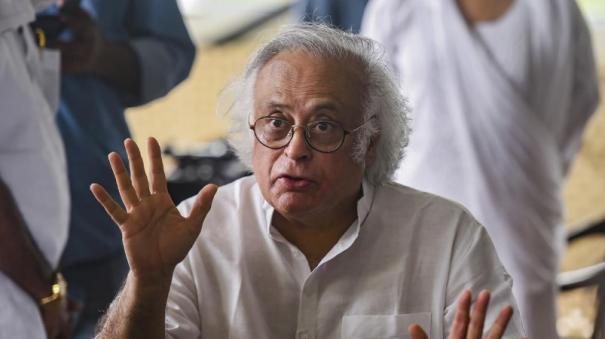 Colonel (Haryana): General Secretary of the party Jairam Ramesh has said that Rahul Gandhi did not undertake the India Unity Yatra to be nominated as the prime ministerial candidate during the upcoming parliamentary elections.

While Rahul Gandhi’s India Unity Yatra is currently underway in Haryana, Jairam Ramesh, who met reporters in Karnal area, said this. He further said: “This yatra that Rahul Gandhi is undertaking is not a political yatra. He did not undertake this pilgrimage to be nominated as the prime ministerial candidate of the opposition parties during the upcoming 2024 parliamentary elections. This is a policy-oriented pilgrimage of the Congress party.

Rahul Gandhi is the main face of Congress. At the same time it is not a pilgrimage for an individual. Rahul Gandhi has achieved three victories through this Yatra. He has exposed the economic inequality, social division and political autocracy prevailing in the country. He has been talking about these every day of this pilgrimage.

Don’t belittle it by saying it is an election pilgrimage. This pilgrimage has more objectives than that. Rahul Gandhi is undertaking this yatra to increase support for the Congress party’s policies and create awareness among the people of the country. Jairam Ramesh said that Prime Minister Narendra Modi, who is carrying out politics of revenge, politics of hatred, and politics of destruction, is tapping people’s instincts to make them aware of the damage caused to the country.