Promes: Initiative for Russian passport did not come from me 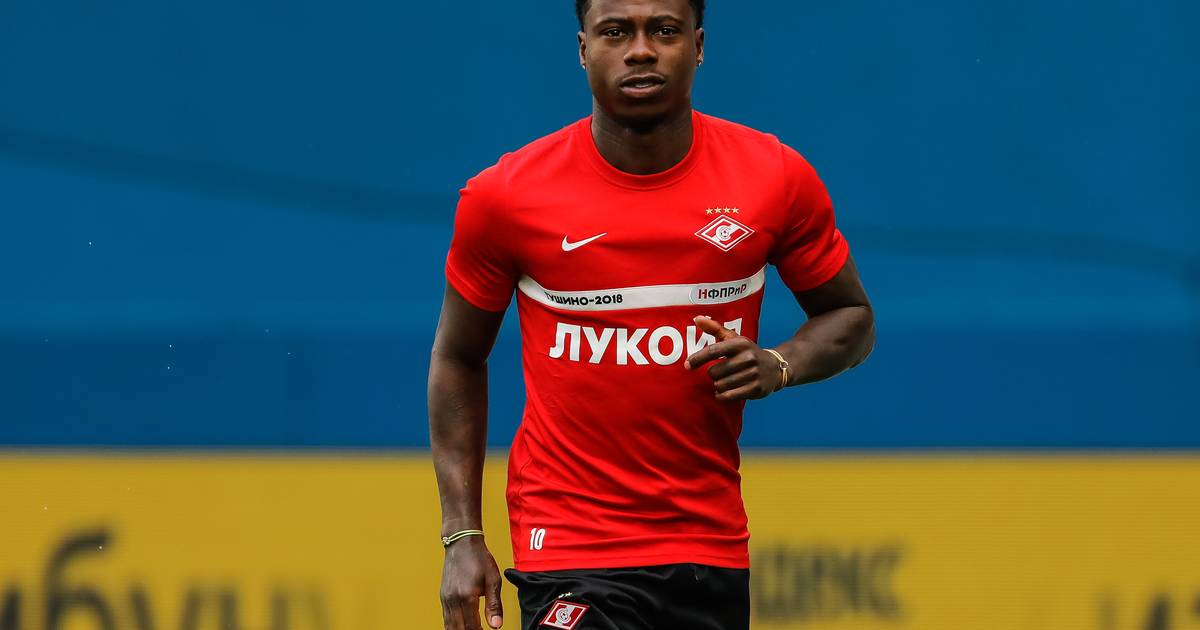 Quincy Promes does not yet have a Russian passport and it is highly questionable whether he wants to, because he does not want to lose his Dutch passport. He says this through his lawyer Robert Malewicz.

The Spartak Moscow top footballer is involved in several criminal cases, as a suspect in a stabbing and as a possible person involved in drug deals. Russian media recently reported that Promes had applied for a Russian passport. This fueled speculation that Promes would never want to show up in the Netherlands again in order not to have to serve a possible prison sentence.

But the footballer himself denies that. “There are people around him who have explored the idea of ​​a Russian passport, but not at the initiative of Promes,” says Malewicz, who was in contact with Promes again this weekend. ,,The point is that with a Russian passport it would be easier for him to join training camps outside Russia. Now all that has to be done with a visa. But Promes does not want a Russian passport anyway if it would mean losing his Dutch passport. So it has nothing to do with the fact that he thinks he should not be extradited. That is not the case anyway, because Russia and the Netherlands are currently no longer cooperating on extradition requests. In that sense, a Russian passport does not help.”

Promes must appear in court on March 3 as a suspect in stabbing his cousin. In addition, his name falls in some large drug cases in which he would have invested money. The footballer denies being involved and would like to tell his story to the judiciary. How this should be done is still the subject of negotiations between camp Promes and the judiciary. The Public Prosecution Service wants to arrest him if he comes to the Netherlands. Promes cannot do that, because – in his own words – his contract can be dissolved by Spartak Moscow even with a short pre-trial detention.

Not at training camp

Meanwhile, Russian media are speculating about why Promes did not go to the United Arab Emirates for a training camp with Spartak. The reason would be that he could be arrested outside Russia at the request of the Netherlands and then extradited. According to Malewicz, Promes is “just not quite fit” and he trains alone.

Promes generally keeps quiet about all the stories circulating about his alleged criminal activities. After the Public Prosecution Service linked him last week to drug trafficker Piet Wortel (to whom he would have paid 250,000 euros), Promes and Malewicz vehemently bit off: “Total nonsense.” When and how he will come up with his side of the story, and whether he will be there March 3, is very unclear.