Prosecution begins its case in the “November 13 attacks” in France 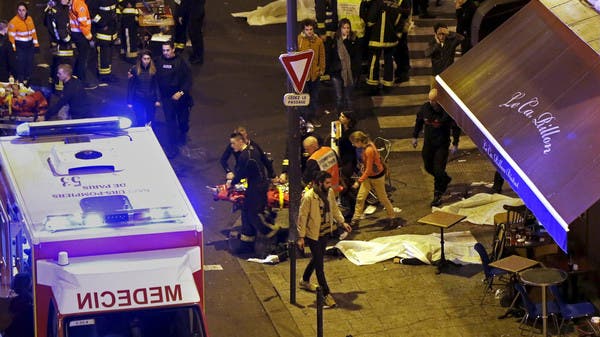 After hearings that lasted nine months, the prosecution begins today, Wednesday, in Paris, three days of arguments in the trial of Salah Abdeslam and the other 19 defendants in the case of the November 13, 2015 attacks, which were the worst attacks ever witnessed in France.

This extraordinary trial in its duration and the number of civil parties claiming in it, which exceeds 2,500, is nearing its end, more than six years after a night of terror that led to the deaths of 130 people and hundreds of injuries in Paris and its suburb Saint-Denis and caused shock in the country.

Over the course of three days, representatives of the National Counter-Terrorism Prosecutor’s Office will seek to establish what they consider the responsibilities of each of the defendants who have been tried by a special criminal court since September 8.

Cami Initier, Nicolas Bracconi and Nicolas Le Berry will attempt to reconstruct a massive dossier in public pleading first and then each of the 20 defendants – six of whom are being tried in absentia, including five ISIS leaders believed to have died in Syria – before seeking punishments for them on Friday.

12 of them may be sentenced to life imprisonment, including Salah Abdeslam, the only surviving member of the group.

At the start of the trial on September 8, Abd al-Salam presented himself as an “ISIS fighter.” The 32-year-old said a week later that the attacks were only a response to the French bombing in Syria and Iraq, and “nothing personal” there.

A few months later, the man who had remained silent during the five years of the investigation asserted that he had “abandoned” with a “humane” purpose to detonate his explosive belt in a bar in the 18th arrondissement of Paris. Then he offered his “apologies” to the victims.

The prosecution, which has consistently suggested the hypothesis of a belt malfunction, questioned the idea of ​​Abd al-Salam giving up his detonation, according to the accused’s account.
Prosecutors, for example, deemed his recruitment only a few days before the attacks “unreasonable”. They also considered a “strange” matter, his inability to locate the targeted café, which does not appear in any of the documents that include the “targets” discovered on the computer of the extremist cell.

According to the evidence, it is hard to believe that Abdeslam acted alone while the groups that targeted the Stade de France, the terraces of Parisian restaurants and the Bataclan theater were all made up of three people, and he never went to train in Syria, unlike the others.

On Friday, they will seek sanctions against the main suspect, those who aided him in his four-month escape, the group’s logistical experts, and even Mohamed Abrini, the “man in the hat” in the Brussels attacks, who was “scheduled” to take part in the November 13 attacks.

Some hope that the discussions in the court will change the opinion of the prosecution, including the accused, Farid Kharkash, who completed false identification papers “without his knowledge” that they were intended for a jihadist cell, or Yassin Attar, who swears that his name was linked to the file simply because he is the brother of Osama Attar, who ordered the attacks.

No surprises are expected in the pleadings, which will take a total of 15 hours, while the file did not witness major developments during the 130-day sessions.

The role of the Public Prosecution comes after the pleadings of the civil parties.

Within two weeks, lawyers presented the facts of this night of terror and chaos: “Suicide bombers blew themselves up in front of the Stade de France, gunmen opened fire on cafes and restaurants with weapons of war and fired on a crowd at a rock concert in the Bataclan theater.”

After the prosecution, the role of the defense will come from June 13. The verdict is expected on June 29.