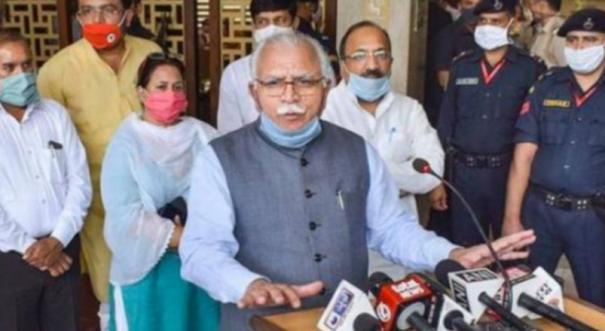 New Delhi: Its Hindu organization has insisted that new butcher shops should not be allowed in Gurugram. A petition has been filed with the BJP-ruling Haryana Chief Minister Manohar Lal Katari.

Gurugram is close to Delhi, the capital of the country. The IT city has increased the number of factories here. Thus, many come and live from other states to work in it. The number of Muslims also increased significantly. Mosques are not enough for them to have special prayers on Fridays.

Due to this, they started praying on the roads and in public places outside the mosque. Hindutva organizations, including the BJP and the Vishwa Hindu Parishad, protested in Gurugram. Protests have erupted in the new butcher shops as lawsuits have been filed in court over such protests.

The licenses are issued by the Corporation of Gurugram. It currently has 126 applications being considered for setting up new butcher shops. The Hindu Sangarsh Samiti of Gurugram, a Hindutva organization, has filed a petition against this with Chief Minister Manohar Lal Katari. The Hindu Sankarsh Samiti, in its petition to the Chief Minister, said:

‘You said last October 17, 2017 that we will not allow new butcher shops in the divine city of Gurugram in honor of the Dronacharya and Sheetla Mata temples of Gurugram. Therefore, all applications submitted to new stores should be canceled. Existing butcher shops should be relocated 10 km outside Gurugram.

These should all be set up in the same place building. In addition, the illegal butcher shops in Gurugram should be closed. ‘ Reported.

The famous Sheetla Mata Temple in Haryana is also revered by the people of nearby Rajasthan and Uttar Pradesh. Due to this, there have been protests against the butcher shops in Gurugram.