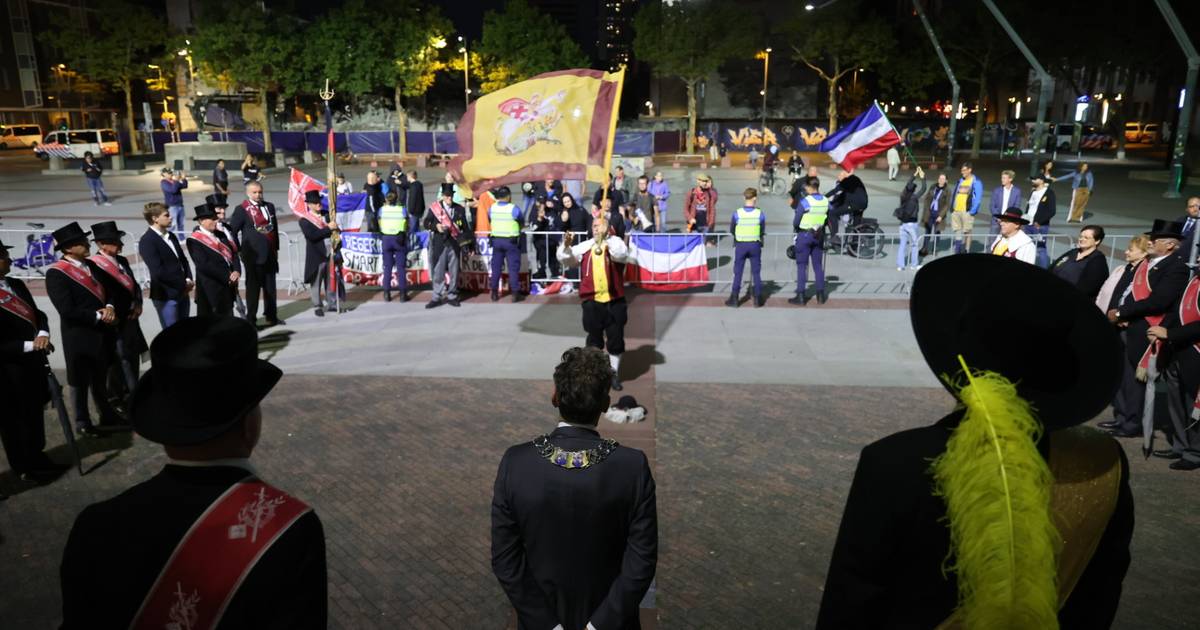 Tonight, protesters disrupted the vendel salute after the installation of the new mayor Jeroen Dijsselbloem in Eindhoven. The drum roll that goes with the traditional general salute was drowned out by the noise of the activists.

Several dozen anti-government activists, conspiracy theorists and sympathizers of protest farmers had gathered on Stadhuisplein. They screamed and made noise with horns.

The police and security were on the move en masse. Regular buses in the center were stopped and checked by the police. A drone hovered over City Hall. There were police officers and police vans on all access roads to Stadhuisplein. The mounted police were also present with four horses.

‘Belongs to this time’

Dijsselbloem said that he was aware of the demonstration and that freedom of expression is a great asset. “It’s a bit part of this time,” he responded. He thought it was a pity for the Eindhoven guilds that their performance was disrupted.

The noise demonstration was not officially announced in advance. “We were in good contact with the initiator and saw no reason in the absence of the announcement not to approve the manifestation,” a spokesperson said.