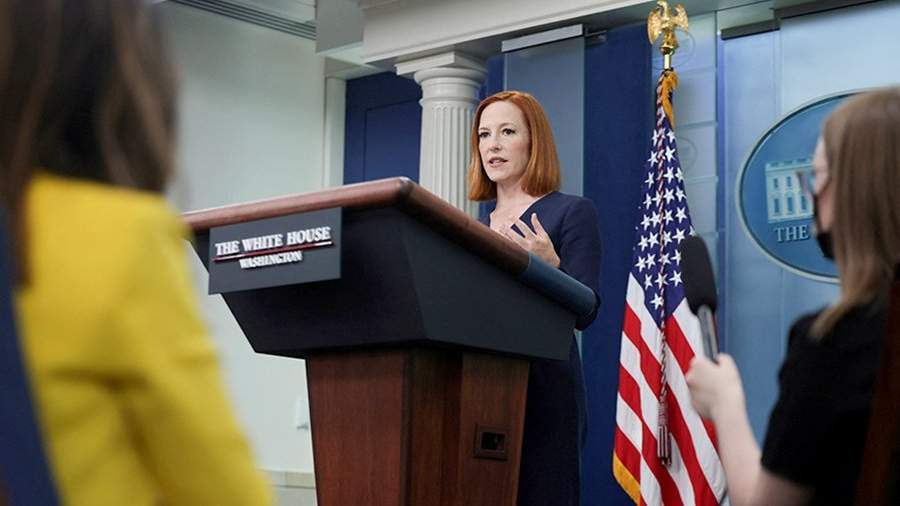 At the moment, US President Joe Biden has no plans to visit Ukraine. This was announced on Monday, May 2, during a briefing by White House Press Secretary Jen Psaki.

“Currently, such plans are not in the process of being implemented. Of course, we will continue to evaluate [ситуацию],” the speaker said. Her words were published by Devdiscourse.

So she answered the question of journalists about the intention of the American leader, following the example of other representatives of Washington, to come to Ukraine.

On April 25, US Secretary of State Anthony Blinken and US Secretary of Defense Lloyd Austin arrived in Kyiv on a working visit. They discussed a number of important points regarding the situation around Ukraine with President Volodymyr Zelensky.

The American side announced the allocation of over $700 million for direct and indirect assistance to the Ukrainian army. In addition, they conveyed to the Ukrainian president information that American diplomats would soon return to their work in Ukraine.

Zelensky handed over to the Americans a plan of action to tighten sanctions against Russia, and also thanked for military assistance, which has already been provided for $ 3.4 billion, calling it the biggest contribution to strengthening the defense capability of Ukraine.

In Ukraine and in the Donbass, the special operation of the Russian Federation continues, the beginning of which Russian President Vladimir Putin announced on February 24. Moscow explained that its tasks include the demilitarization, denazification of Ukraine and the protection of the civilian population of Donbass. On April 19, the Russian side announced the start of the next stage of the military operation – the complete liberation of the Donetsk and Luhansk People’s Republics.

The situation in Donbass escalated significantly in mid-February due to shelling by the Ukrainian military. The authorities of the Donetsk and Lugansk People’s Republics announced the evacuation of residents to Russia and turned to Moscow for help. On February 21, the President of the Russian Federation signed a decree recognizing the independence of the DNR and LNR.