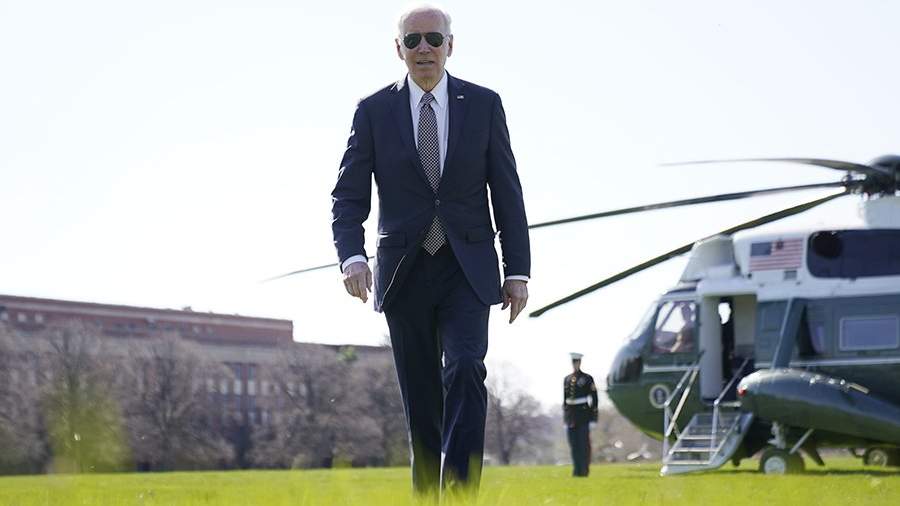 US President Joe Biden would like to visit Ukraine, but at the moment such a trip is not planned. This was announced on Monday, May 9, by White House Press Secretary Jen Psaki.

“There are no plans to travel at this time. But, again, he would like to go to Ukraine,” she said at a regular briefing.

In addition, Psaki noted that the trip of US First Lady Jill Biden to Ukraine and the potential visit of the American president to Ukrainian territory “are somewhat different.”

The fact that Jill Biden arrived on an unannounced visit to Ukraine was reported at the White House the day before. She spent less than two hours in Uzhgorod, Ukraine, as part of a trip to Europe.

On May 1, Speaker of the US House of Representatives Nancy Pelosi visited Kyiv, where she met with Ukrainian President Volodymyr Zelensky. Later, the Global Times reported the opinion of Chinese analysts, who called her visit an indication of the desire of the administration of US President Joe Biden to maximize support for Ukraine, thereby further dragging out the conflict around the country in order to provoke Russia.

As the Global Times wrote, the refusal of the President of the United States Joe Biden to visit Kyiv can be regarded as a limitation of the US capabilities.

Russia continues the special operation to protect the Donbass, the beginning of which President Vladimir Putin announced on February 24. Moscow explained that the tasks of the special operation include the demilitarization and denazification of Ukraine, the implementation of which is necessary to ensure the security of Russia. The decision was made against the background of aggravation in the region as a result of shelling by the Ukrainian military.