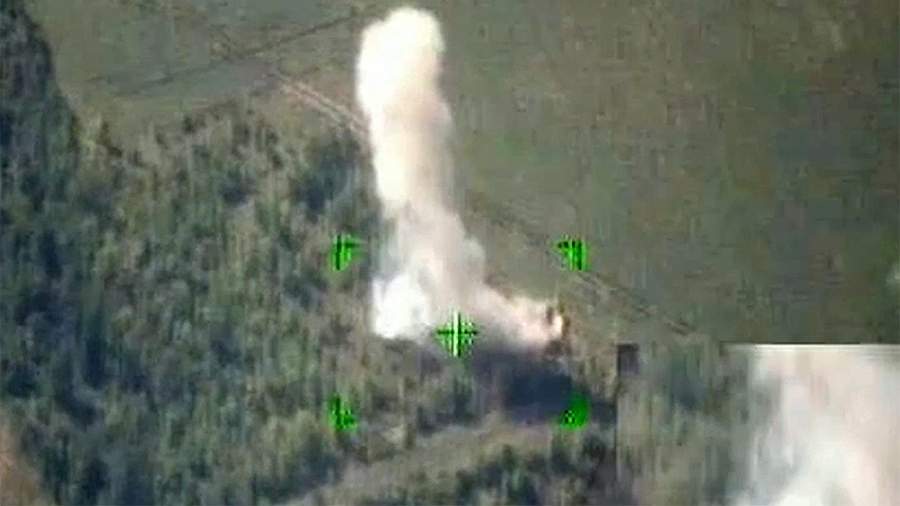 The Ministry of Defense of the Russian Federation has published footage of the use of new-generation precision-guided munitions at military facilities of the Armed Forces of Ukraine (APU) in the zone of the special operation. The video was published on the official Telegram channel of the department on Saturday, January 14.

“Military armored vehicles and weapons, as well as firing points in a long-term fortified point of the Armed Forces of Ukraine, were destroyed with an accurate hit,” the report says.

Earlier, on January 11, the Ministry of Defense showed how the artillery of the Airborne Forces (VDV) destroyed the positions of the Armed Forces of Ukraine on the right bank of the Dnieper using the Grad multiple launch rocket system (MLRS). It was noted that after completing the fire mission, the gunners transferred the gun to the transport position and left their positions in order to avoid a retaliatory strike.

Prior to that, on January 10, the defense department published a video showing the crews of the Iskander operational-tactical missile systems of the Western Military District (WMD) strike at military infrastructure facilities of the Ukrainian army in the NMD zone.

According to the ministry, the installation merges with the terrain. It’s not just visual camouflage. A special camouflage net is impregnated with a chemical composition that neutralizes radio waves – it protects the enemy from scanning and absorbs the signal, effectively making the installation invisible.