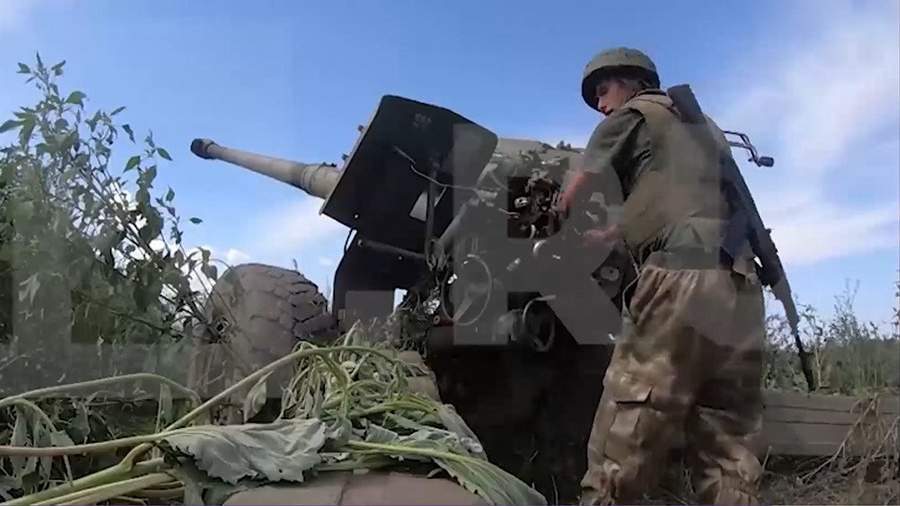 The Izvestia correspondent showed the work of artillery on the positions of the Armed Forces of Ukraine (AFU) in the Soledar direction.

The work is carried out from the Soviet artillery installation “Msta-S”. According to the journalist, she works without rest, around the clock. At the positions of the Armed Forces of Ukraine, shells with a caliber of 152 mm are fired, the range of which reaches up to 30 km.

“We are working to wear down the enemy. Very good, by the way. Recently, three targets were worked out at once, ”Vladislav Putilin, senior gunner of the second army corps of the People’s Militia of the Luhansk People’s Republic (LPR), told the correspondent.

He said that when gunners meet with infantry brigades, they receive gratitude for their work and support.

The footage shows how the fighters load the cannon with shells and fire artillery at the enemy.

“Immediately after the strike, we go into cover, because the Ukrainian nationalists can respond,” the journalist added.

On August 13, the Ministry of Defense of the Russian Federation said that on August 13, during the offensive operations of the allied forces of the Lugansk and Donetsk People’s Republics (LDNR) in the Artemovsk region, two companies of the 72nd Ukrainian mechanized brigade of the Armed Forces of Ukraine were completely destroyed. Also suppressed were two Ukrainian platoons of Gradov near Soledar and Artemovsk, three platoons of Acacias and five platoons of D-30 howitzers in the DPR.