Pull into the hole: what goods are warehouse thieves hunting for 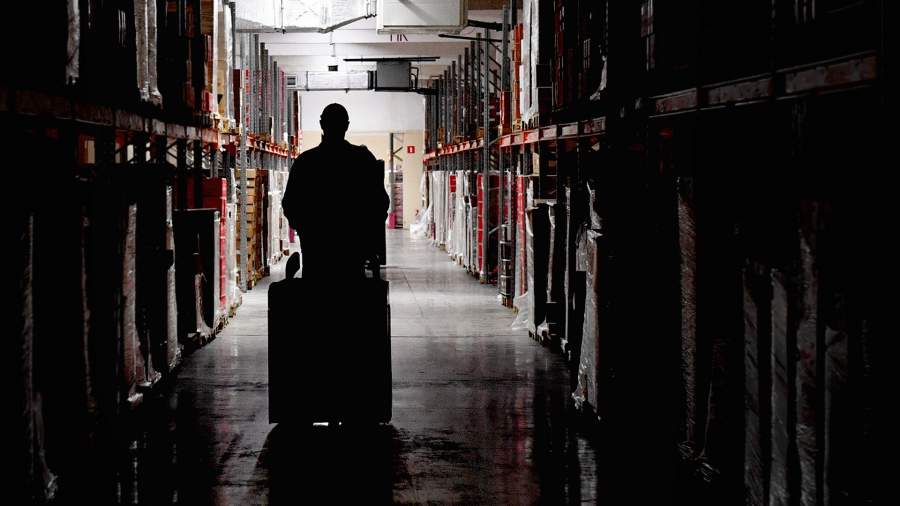 The order theft scheme was revealed by the security service of a large online retailer. The 17-year-old employee of the point of issue of goods, according to the investigation, appropriated expensive gadgets for herself, processing them as a return. This kind of crime has recently been recorded more and more often due to the growing popularity of online sales. Izvestia found out how thieves operate, what they most often steal and how it can end for the guilty.

Focus with the disappearance of the clock

The theft of Apple watches and other expensive electronics was tried by an underage employee of the Ozon pickup point. Theft occurred at the stage of issuing and returning goods.

“Employees of the point of issue of orders of one of the franchisees placed orders for Apple watches and other expensive goods for themselves from one-time accounts, and then replaced the goods in the order. Thus, they had both money and goods. Since the scammers made orders for themselves, customers did not suffer from their actions., – the company’s press service reported, adding that it was possible to expose the crime with the help of a return control system and antifraud. The security guards also carried out a test purchase. According to the news program. Duty unit”, the suspect was trained at the point of issue of goods, she had an accomplice. The girl allegedly invested the funds obtained through fraud in the development of her channel in one of the social networks.

The risks of theft are high not only in distribution centers (this is rather rare), but also in large warehouses of online retailers. The main problem of criminals is how to quietly remove products from the warehouse. On September 16, it became known about the arrest of two order pickers who worked in a warehouse in the village of Koledino near Moscow, who stole valuable goods at their place of work.

“The police found that the attackers placed an order for a music column through the mobile application of the marketplace, after which they took it for processing and, during assembly, replaced the contents of the box with 95 packages of wireless headphones”the police said in a statement.

The men were exposed while trying to receive an order at the pickup point. 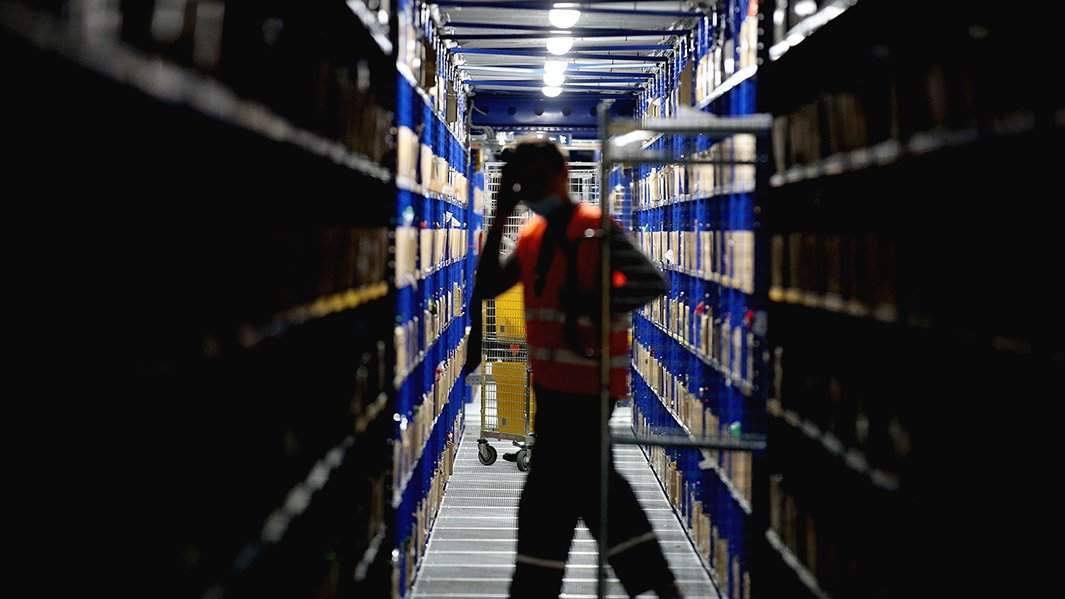 A few days earlier, in Podolsk, a former employee of a warehouse near Moscow was caught stealing 12 “smart” speakers. He was well versed in the enterprise and penetrated into the vault at night through the fire escape. During one of the sorties, he managed to carry away 30 devices, but during the second he was caught. According to the regional police department, the total amount of damage amounted to 305 thousand rubles.

Earlier in the spring, employees of the warehouse of another large marketplace in the Moscow region decided to earn extra money on the hype with imported video cards – the criminals stole 20 boards worth more than 240 thousand rubles. Vigilance was shown by buyers who were offered valuable hardware at a price four times lower than the market price. They notified the police about the suspicious sellers.

– A typical situation is when a person enjoys the trust of the employer or the mistakes of security officers, – explained the operative of the criminal investigation department from the capital. – It often happens that the key is not taken away from the dismissed employee and it is not blocked in the system. This makes it possible to steal and remain beyond suspicion for some time, since he is no longer listed in production.

If we are not talking about kleptomania or a one-time attack of greed, thefts by employees of enterprises are usually committed collectively, the policeman explained to Izvestia.

– Often, a conspiracy is entered into by a contractor occupying an ordinary position (for example, a loader, a seller) and his superior or a person endowed with the function of supervision at the enterprise – a controller, a security guard, etc. However, such schemes are quickly revealed if there is the will of the management.

“A reasonable person will not go to theft. Companies doing this kind of business have the technical means to protect their investments. Lots of cameras, lots of electronic doors with a differentiated approach to staff access to the premises.

According to a police source, compact electronics are of particular interest to thieves today, especially those whose imports are subject to Western sanctions.

– They drag laptops, products of American companies, smart speakers, components for computers. Replaceable blades for expensive razors are still very popular with thieves – they take up a minimum of space, are quite expensive and are interesting to the buyer all year round. Also in the list of “frequently taken out” goods are components for electronic cigarettes, sticks. 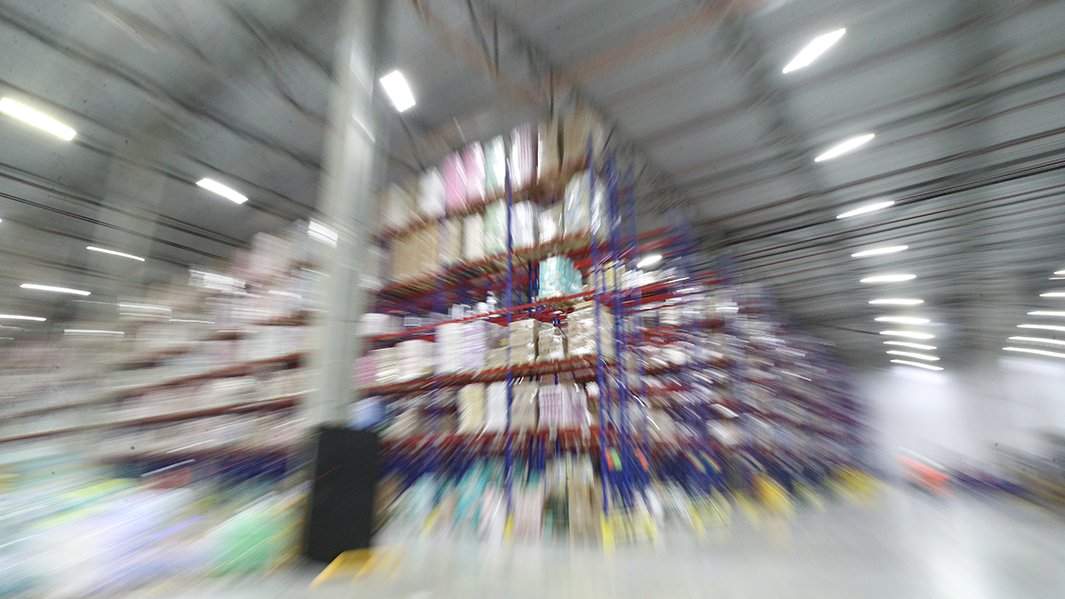 In August, a major theft of razor cassettes was reported in the Moscow region. Four employees of the enterprise were immediately under suspicion. They tried to take out 2.4 million rubles worth of razor blades from the warehouse.

According to the policeman, there are groups that evaluate enterprises in terms of vulnerability to theft, and when they find gaps, they arrange their people there and organize large-scale theft.

They will act on their own

Theft at work is grounds for dismissal at the initiative of the employer. Depending on the amount of damage, worse consequences are possible, up to the initiation of a criminal case, Maria Spiridonova, a member of the Association of Lawyers of Russia, explained to Izvestia.

– Termination of the employment contract on such a basis may lead to problems in subsequent employment. The best option is when the parties resolve the conflict, the lost is returned and the employee leaves of his own free will.

Responsibility for theft in warehouses may also be borne by the guards of these premises.

“Observation and protection of warehouses from theft are their main labor duties,” Spiridonova explained. – If the warehouse was stolen, the security guard may be liable in accordance with labor laws.

Liability arises for damage caused as a result of unlawful guilty behavior (action or inaction), the expert says.

– The amount of damage, guilt must be proven. The employee is obliged to compensate the employer for the direct actual damage caused to him. This is a real decrease in the employer’s cash assets or the deterioration of said property, as well as the need for the employer to incur costs or excessive payments to restore or acquire property. Thus, if a theft occurs at the warehouse, the person responsible for the warehouse will be liable in accordance with the Labor Code of the Russian Federation.

If the police intervene in the case, the internal investigation of the theft ends with a criminal case under one of the articles of the Criminal Code of the Russian Federation that protect the right to property.