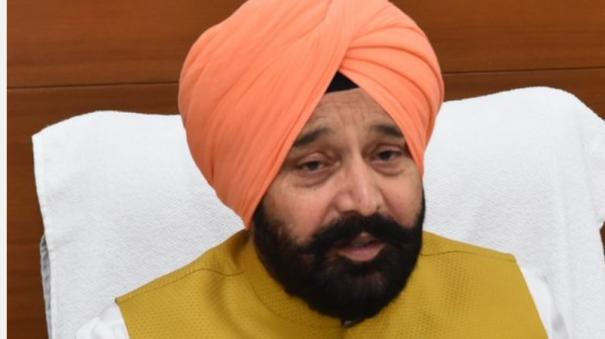 Chandigarh: As the Cabinet headed by Bhagwant Mann is due to be expanded in Punjab today, Minister Faja Singh Sarari has resigned suddenly.

Faja Singh Sarari was a Cabinet Minister in the Cabinet led by Chief Minister Bhagwant Mann. A phone conversation he had with his close friend Darsem Lal Kapur recently went viral on social media. In it, both of them talked about making money illegally.

Congress insists: After the release of the phone conversation, the main opposition Congress called for the sacking of Faja Singh Sarari. Also, Leader of Opposition Pratap Singh Bajwa insisted that an inquiry should be ordered in this regard. Apart from this, he also said that the evidence of corruption of 2 more ministers will be released soon.

Punjab Cabinet Announcement: New ministers in Punjab to take office today. The Aam Aadmi Party has informed that the swearing-in ceremony of ministers will be held in a simple manner by 5 pm. At present there are 13 ministers in the cabinet. 4 Cabinet posts are vacant. Following this cabinet expansion, major changes are said to be made in the portfolios of ministers. In view of this, it is reported that the Aam Aadmi Party leader has advised Faja Singh Sarari to resign and he has resigned from the post after that.