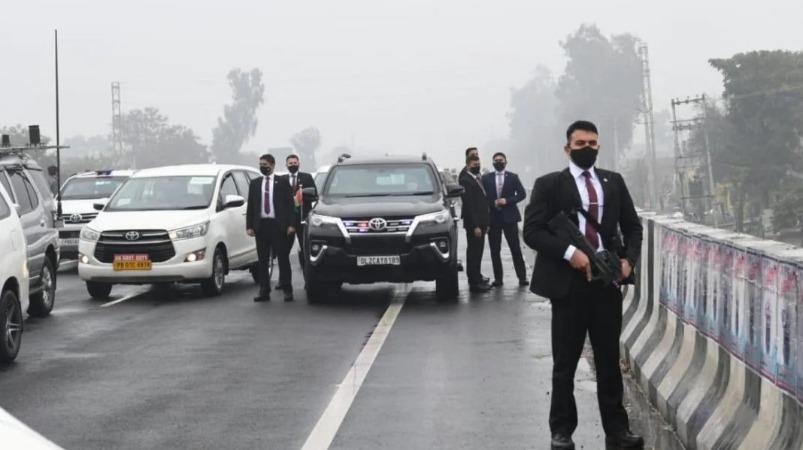 Prime Minister Narendra Modi had planned to attend a public meeting in Punjab on May 5 to discuss welfare schemes worth Rs 42,750 crore. But the Prime Minister returned to Delhi half way due to security mess.

In this case, after 18 hours in this case Punjab Police FIRs have been registered. That is, the FIR was registered on January 6 at 7.40 am. It is alleged that 6 unidentified persons hijacked the Prime Minister’s vehicle.

However, it did not mention that Prime Minister Modi could not go further on the road due to the diversion of vehicles. The case has been registered under Section 283 of the Indian Penal Code (danger or obstruction on public road or passageway). A person convicted under this section will be fined only Rs.200. The case is being investigated by police officer Birbal Singh.

The FIR he prepared stated:

The Prime Minister’s vehicle was stranded on the flyover from 1.05 pm to 2.30 pm on January 5 as protesters blocked the road. The PM’s vehicle was later diverted to Bathinda’s airport without attending the event. Police Inspector Birbal Singh, on his way to the spot, was informed that some unidentified persons were conducting a road blockade on the Moga-Perospur road. It is alleged that a case was registered against the persons involved following this.

Punjab BJP secretary Sukpal Singh said, “The Prime Minister has been placed on a roadblock from 1.05 pm to 2.30 pm. This is definitely a security mess. But the name of the Prime Minister was not mentioned in the first information report. It also took 18 hours to register an FIR. ”

Meanwhile, the Punjab government yesterday submitted its report to the Union Home Ministry on the incident.