Punjab: Taking over as the new President of Punjab Congress on Friday, Sidhu will also invite CM Amarinder for the program 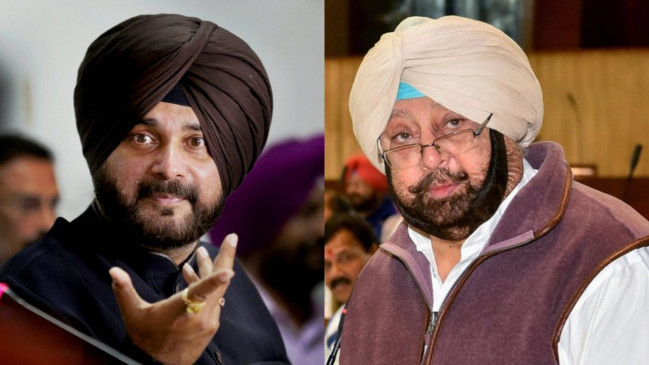 Digital Desk, Chandigarh. Navjot Singh Sidhu is going to formally take over as the President of Punjab Congress on Friday, amid the ongoing infighting within the Punjab unit of the Congress party. He will also invite Chief Minister Captain Amarinder Singh to this program. Sources say that apart from Navjot Singh Sidhu, four new working presidents of Punjab Congress have also invited the Chief Minister.

A source with knowledge of the matter said, “The draft invitation letter has been prepared and other leaders including Sidhu have signed it. Among the signatories is Sunil Jakhar, the current president of Punjab Congress. It will soon be sent to Captain Amarinder Singh. Let us inform that even though the Congress high command has appointed Navjot Singh Sidhu as the President of Punjab Congress, but the tussle between him and Chief Minister Captain Amarinder Singh is not over yet. The Chief Minister has made it clear that he will not meet Sidhu until he publicly apologizes for the attacks on social media.

A day before the development, Captain Amarinder Singh’s media advisor Raveen Thakral in a tweet had denied reports that Navjot Singh Sidhu had sought time to meet the chief minister. Thakral tweeted, “These reports are completely false that Navjot Singh Sidhu is seeking time to meet Chief Minister Amarinder Singh. There has been no change in the Chief Minister’s stand. He will not meet Sidhu until he publicly apologizes for the derogatory remarks made against him on social media.

Mayawati laid the board for the UP elections, announced a candidate

After Sonia Gandhi, Mamata Banerjee met Arvind Kejriwal, is this a campaign to bring the opposition parties together?

Newspaper: Applying insurance to the domestic labor contract in Saudi Arabia in early 2022

Gisela supports Jazmín Pinedo for trial against Latina: “He wants to get you in trouble”

Where did the Rs 21 lakh crore received from petrol, diesel and gas in the last 6 years go? – Congress question to the Central Government

Israeli officer: Hamas tried to send a commando through tunnels