Putin and Rakhmon discussed the situation in Kazakhstan by phone 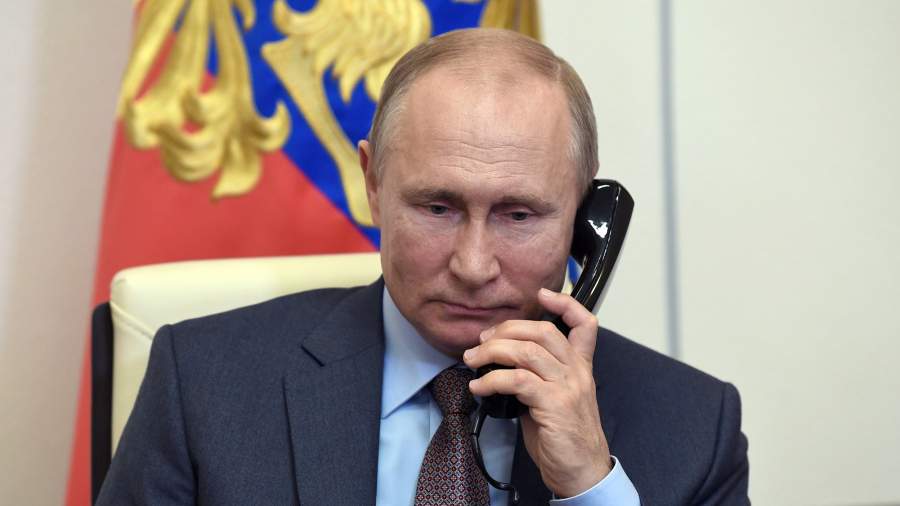 The presidents of Russia and Tajikistan, Vladimir Putin and Emomali Rahmon, discussed the events in Kazakhstan during a telephone conversation. This is stated on January 10 in a message on the Kremlin’s website.

The parties discussed the timeliness and effectiveness of assistance to Kazakhstan through the Collective Security Treaty Organization (CSTO).

“The Afghan issues were also touched upon, in particular the situation on the Tajik-Afghan border,” the message says.

The parties agreed to continue contacts.

Earlier on Monday, an extraordinary session of the CSTO Collective Security Council (which includes Russia, Belarus, Armenia, Kyrgyzstan, Tajikistan and Kazakhstan) was held by videoconference. The leaders discussed the situation in Kazakhstan.

In particular, Putin assured that the CSTO peacekeepers are in Kazakhstan in accordance with Art. 4 contracts from 1992. He also pointed out that the countries – members of the Collective Security Treaty Organization will not allow the situation at home and will not allow “color revolutions”.

Earlier on Monday, the National Security Committee of Kazakhstan said that the situation in the country after the unrest in the country was stabilized and under control.

Protests in Kazakhstan began on January 2. The protesters opposed the rise in prices for liquefied gas. The actions soon escalated into riots. The situation has become especially aggravated in the largest city of the country – Alma-Ata. The protesters broke into the administration building, set fire to the building of the prosecutor’s office and the presidential residence. Violators of law and order armed themselves and began to loot, destroying shops, pharmacies and banks in the city. They ransacked the offices of five TV channels, tried to attack the pre-trial detention center and attempted to enter the territory of a military unit in the Aktobe region.

Based on this, Tokayev turned to the CSTO (which includes Russia, Belarus, Armenia, Kyrgyzstan, Tajikistan and Kazakhstan) for help in overcoming the terrorist threat. Peacekeepers were sent to the republic for a limited period of time.

On January 9, the CSTO collective peacekeeping forces completed their deployment in Kazakhstan. As the commander of the CSTO peacekeepers, Andrei Serdyukov, emphasized, the mission will continue to work in the republic until the situation is completely stabilized. A day later, the Secretary of State of Kazakhstan Yerlan Karin said that the CSTO forces would locally ensure the protection of vital facilities.