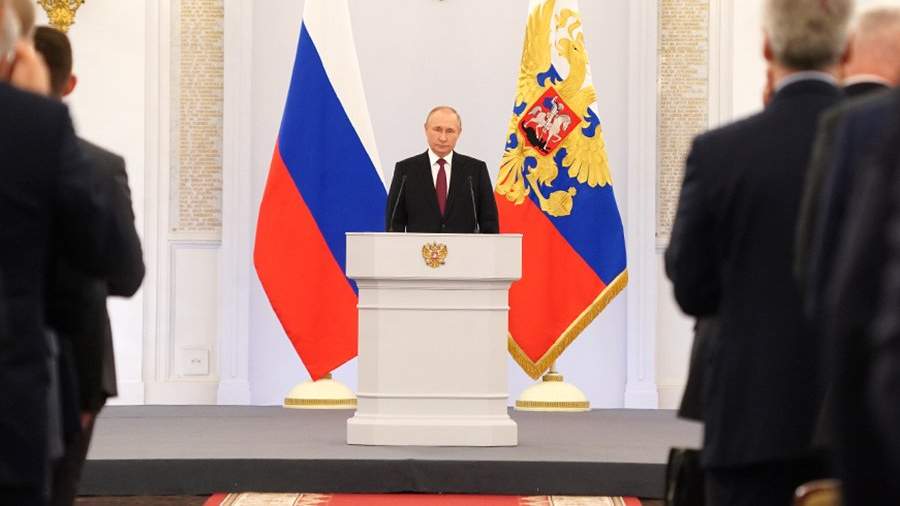 Russian President Vladimir Putin announced a minute of silence in memory of those killed during a special operation (SVO) to protect the civilian population of Donbass.

“All our officers who fell during the NWO are heroes, heroes of Russia. I ask you to honor their memory with a minute of silence,” Putin said during a speech in the Kremlin following the results of referendums in the republics of Donbass, as well as Kherson and Zaporozhye regions.

On Friday, the Grand Kremlin Palace hosts a ceremony of signing treaties on the accession of new territories to Russia.

On September 21, the head of the Russian Defense Ministry, Sergei Shoigu, said that during the special operation, the losses of the Russian Armed Forces amounted to 5937 people who died. Shoigu emphasized the work of medical workers, pointing out that more than 90% of the wounded returned to duty.

On May 25, Putin declared that all participants in the special operation were heroes and should be treated as heroes. The head of state also promised state awards to soldiers risking their lives during a special operation. According to him, “regardless of what state awards they have or have, these are people who risk their health and life for the people and children of Donbass, for the sake of Russia.”