Putin: BRICS countries can guarantee the stability of the global economy 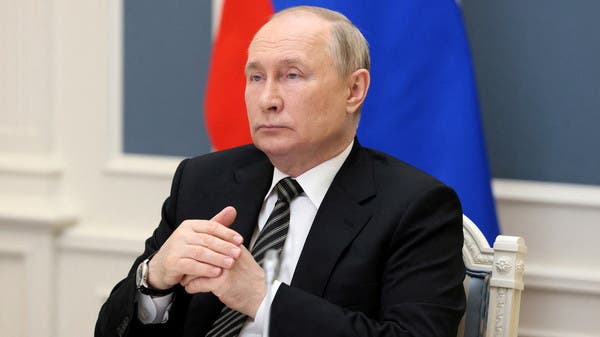 Russian President Vladimir Putin said Thursday during a video conference with the presidents of Brazil, India, China and South Africa at the 14th BRICS summit that the BRICS countries can ensure the stability of the global economy.

Putin added that Russia is ready to further develop close partnerships and cooperation with BRICS partners.

Putin noted that cross-border challenges and threats require joint responses to which need to be responded together and on the basis of sincere cooperation.

And the BRICS alliance saw its negotiations in 2006, to create an international alliance that breaks the economic and economic dominance of Western countries over the world, as those negotiations resulted in the birth of that alliance, as a political-economic organization, the first summit was held on June 16, 2009, in the Russian city of Yekaterinburg, with the participation of Brazil, Russia and India China first, then South Africa joined it on December 24, 2010, to generate a new international alliance called “BRICS”, a word that took the first letter of each member state.

The population of the BRICS countries constitutes 40% of the world’s population, and its member states cover an area of ​​more than 39 million square kilometers, which is equivalent to 27% of the land area.

The size of its countries’ economies exceeds the gross domestic product of the Group of Seven countries, the United States, Britain, Germany, Japan, France, Canada and Italy.

According to International Monetary Fund data, the gross domestic product (GDP) of the BRICS countries, according to their purchasing power, is 44.1 trillion dollars, while the size of the economies of the Group of Seven major countries is 40.7 trillion.

The BRICS alliance includes four countries, namely Brazil, Russia, India, China and South Africa, which represent nearly a quarter of the global economy, contributed more than half of global growth in 2016, and produce 30% of what the world needs of goods and products. These four countries are among the top ten countries that hold reserves of about 40% of the world’s total reserves.