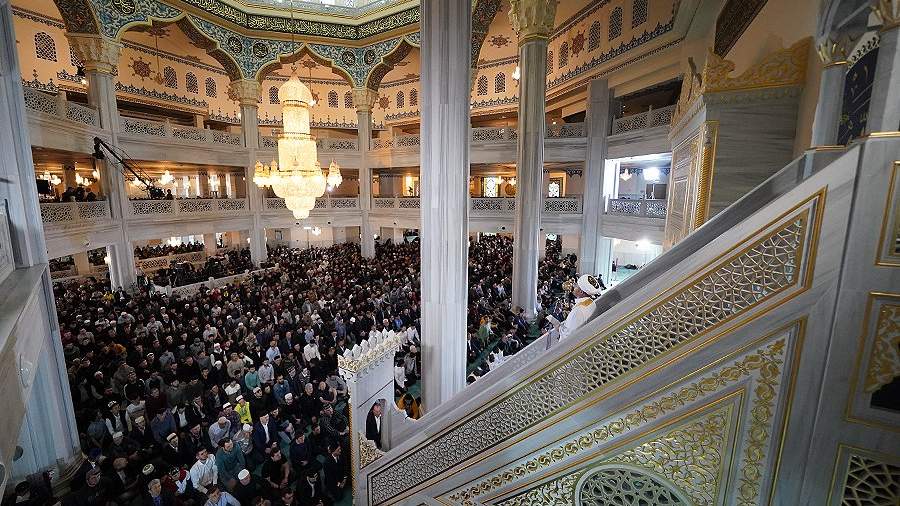 On May 2, Russian President Vladimir Putin congratulated Muslims on the Islamic holiday of Eid al-Fitr. The words of the head of state are quoted by the Kremlin press service.

“This ancient, significant holiday for every Muslim, which marks the end of the holy month of Ramadan, symbolizes commitment to humanistic ideals, piety and mercy, turns believers to the origins of Islam, to the high moral guidelines that underlie all world religions,” the text of the congratulation says. .

According to the head of state, Russian Muslims make a significant contribution to strengthening interethnic peace and harmony in society, preserving cultural diversity.

The Russian leader wished the Muslims health, happiness, energy and strength to do good deeds.

Uraza Bayram, or Eid al-Fitr, also known as the holiday of breaking the fast, is celebrated by Muslims in honor of the end of the fast, which lasted during the holy month of Ramadan. It is one of the two main days of the Islamic calendar.

On July 20, Putin congratulated Muslims on Eid al-Adha. The Russian leader noted that this is an ancient holiday, the roots of which go back centuries. At the same time, he draws believers to the origins and values ​​of Islam, calls for mercy, justice and piety, careful and cordial attitude towards others.