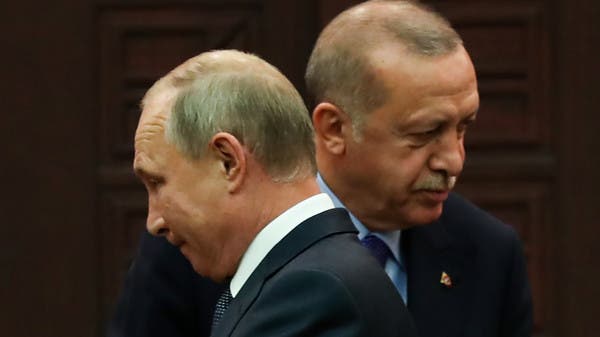 Putin indicated to his Turkish counterpart that Kiev is using the Turkish Bayraktar rallies in the Donbass conflict, and deliberately disrupting the Minsk settlement agreements there.

“The Russian president briefed his Turkish counterpart on how Bayraktar’s planes are being used,” a statement issued by the Kremlin said.

The statement added: Putin briefed Erdogan, during a phone call between them today, on the main results of the trilateral meeting of the leaders of Russia, Azerbaijan and Armenia on November 26 in Sochi.

A number of important regional files

In Ankara, a statement issued by the Turkish Presidency’s Communications Directorate said that “Russian President Vladimir Putin and his Turkish counterpart Recep Tayyip Erdogan discussed by phone a number of important regional files, especially the situation in Syria, Libya and Ukraine.”

According to the statement, “The two presidents also discussed the developments of the crisis between Armenia and Azerbaijan.”

He continued, “The two leaders also discussed issues that would improve Russian-Turkish relations and ways to develop them.”