WorldPutin enters the Corona stone .. And the Kremlin: The president met...
World

Putin enters the Corona stone .. And the Kremlin: The president met Assad before his decision to isolate 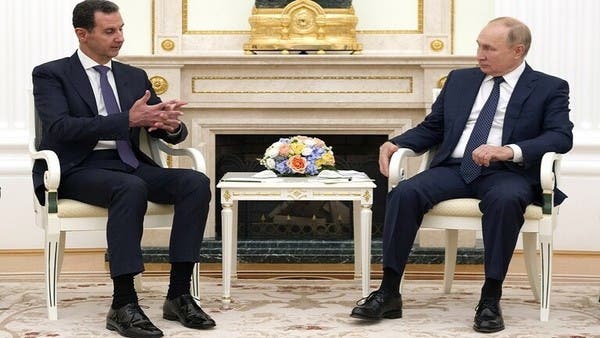 The Kremlin announced today, Tuesday, that Russian President Vladimir Putin will adhere to the system of self-isolation, against the background of the multiplicity of infections with the Corona virus in the circle of those around him.

In a statement, the Kremlin said that during a phone call with the President of Tajikistan Emomali Rahmon, Putin said that “given the multiplicity of coronavirus infections in the circle of those around him, he must adhere to the system of self-isolation for a certain period of time.”

The Kremlin stated that Russian President Vladimir Putin met his Syrian counterpart Bashar al-Assad on Monday before deciding to adhere to the self-isolation system due to the outbreak of Corona virus infections in the circle of those around him.

And Putin said yesterday, at a meeting with members of the Russian Paralympic team in the Kremlin, that he does not rule out the possibility of entering into quarantine due to the emerging Corona virus.

“Unfortunately, we are also at risk now,” Putin added.

Doctors are studying the situation … Even in my surroundings there are problems with this virus. We need to find out what’s really going on there.

The Russian President had obtained the second dose of the Covid-19 vaccine, three weeks after receiving the first dose in mid-April.

The Russian leader participated in a video session of the Russian Geographical Society, before receiving the second dose.

“Now, before I entered this hall, I also received a second dose. I hope everything is fine,” Putin said.

Putin received his first dose of the vaccine on March 23, also away from the cameras.

The Kremlin did not reveal which vaccine the president took out of the three currently approved for use in Russia.

The Russian leader’s vaccination comes several months after the start of a large-scale vaccination wave against COVID-19 in Russia – a delay that surprised many, with some seeing it as contributing to current fears about the vaccine.

Russian authorities have given regulatory approval to three domestically developed vaccines – Sputnik 5, Epivac Corona and KofiVac. The three obtained permission to use before completing advanced trials that experts stress are necessary to ensure the safety and efficacy of vaccines in line with scientific protocol.

Previous articleAlgerian judoka banned for 10 years after withdrawing from a possible confrontation with an Israeli
Next articleNaughty antics in the car .. Shriya shock for the work done by her husband