Putin on Victory Day: The West was preparing to invade our lands 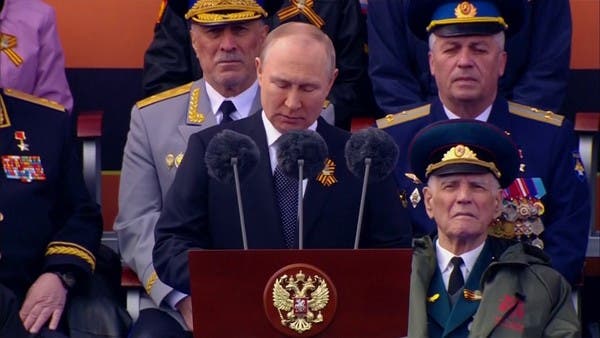 As Victory Day celebrations kicked off in Moscow’s Red Square or Red Square on Monday, Russian President Vladimir Putin stressed that Russian forces are fighting for Russia’s security, adding that the West was preparing to invade the country.

He also stressed that confronting the neo-Nazis was inevitable, referring to the Ukrainian nationalist fighters.

He stressed that the special military operation in Ukraine was necessary and at the right time and was the only right decision, as he put it.

He also noted that “volunteers in the eastern Ukrainian region of Donbas and Russian forces are fighting for their motherland.”

In the midst of large crowds, and a huge military parade, he considered that NATO was raising threats on the Russian borders, and that the West did not want to listen to Moscow because it had other plans.