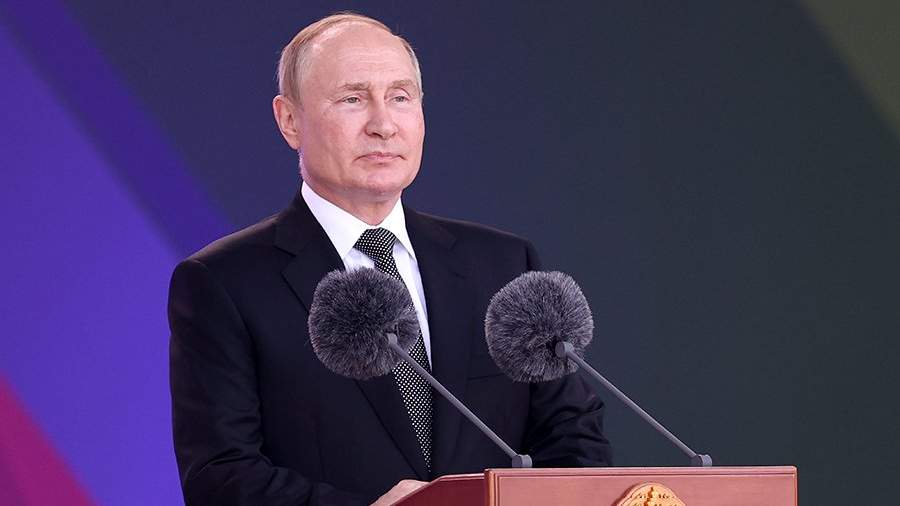 The United States is trying to drag out the conflict in Ukraine, Russian President Vladimir Putin said on August 16 in an address to the participants of the Moscow Conference on International Security.

He also pointed out that Washington is acting in a similar way, “igniting conflict potential in Asia, Africa and Latin America.”

In addition, Putin said that the West needs conflicts to maintain hegemony, which is why they hooked on Ukraine, “turning a blind eye to the spread of neo-Nazi ideology and the massacres of Donbas residents.” For the same reason, the West continues to pump weapons into Kyiv to prolong the conflict, the president said.

On July 25, Dmitry Belik, a member of the State Duma Committee on International Affairs, noted in an interview with Izvestia that the United States does not give a damn about other countries, using them as a means in its unfair struggle for world domination.

On June 6, an article by the Chinese edition of Global Times noted that the conflict in Ukraine showed the selfishness of the United States and its international policy. In particular, journalists commented on the decision of American leader Joe Biden to send “more advanced missile systems and ammunition” to Kyiv. According to the authors of the article, in this way Washington wants to prolong the conflict in Ukraine.

Prior to this, on May 5, MEP Claire Daly said that the United States benefits the most from the Ukrainian crisis, but Europe has to pay a high price for this. Daley believes that the Americans see the current situation as an opportunity to open up a new market so that their military industry “has come happy days.”

According to her, some US representatives want to see entire industries go bankrupt in some countries, for example, in Germany.

On February 24, Russia announced the start of a special operation to protect the civilian population of Donbass. It began against the backdrop of the situation in the region that worsened in mid-February. Then the authorities of the DPR and LPR reported on the increased shelling by the Ukrainian troops, announced the evacuation of the civilian population in the Russian Federation and asked for recognition of independence. On February 21, Putin signed the relevant decrees.