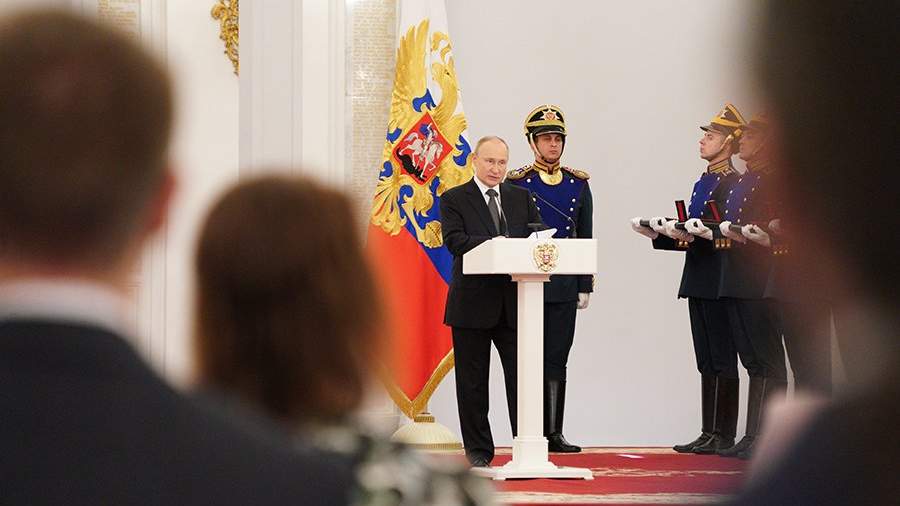 Russian President Vladimir Putin on Russia Day, June 12, spoke about the achievements of Emperor Peter I in poems by the poet Alexander Pushkin.

The Russian leader noted that in Russia they are proud of the victories of their ancestors, who strove and knew how to discover new things, achieve progressive development of the Motherland and defend it. According to the president, Emperor Peter I had special and outstanding merits.

“As Pushkin wrote: “Now an academician, now a hero, now a navigator, now a carpenter, he was an all-encompassing soul on the throne, an eternal worker,” the head of state quoted Pushkin.

The President noted the successes of Peter I in governing the state, economic development, and the creation of a powerful and invincible army and navy.

“This year we celebrate the 350th anniversary of his birth. Peter is rightly called the great reformer. He managed to achieve fundamental changes in almost all spheres of life,” Putin said.

He emphasized that Peter I and his reforms are still being debated, but it is impossible not to admit that it was under him that Russia emerged as a strong and great world power.

On June 9, the Russian leader compared the current era with the times of Peter I. According to him, it fell to the lot of modern Russia to “return and strengthen”, as happened during the reign of Peter the Great. Putin stressed that during the Northern War, Peter I did not take anything away from Sweden, but returned the original Russian lands. Thus, the head of state said that the place where St. Petersburg was founded, from time immemorial, along with the Finno-Ugric peoples, Slavs lived, and the territory was under the control of the Russian state.

On June 2, Kremlin spokesman Dmitry Peskov said that Putin highly appreciates the role of Peter I in the history of the state. Peskov also pointed out that Putin is a deep connoisseur of history, and Peter I has a number of merits, like many other leaders of the Russian state throughout history.