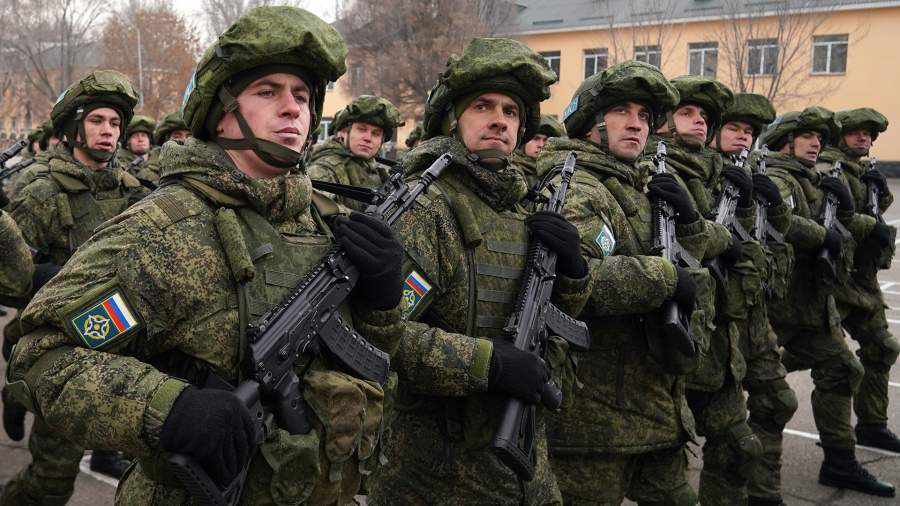 Russian President Vladimir Putin on Thursday, January 13, during a working meeting with Russian Defense Minister Sergei Shoigu, said that the peacekeeping forces of the Collective Security Treaty Organization (CSTO) have played a very important role in stabilizing the situation in Kazakhstan, Russia’s closest partner and ally. This was reported on the Kremlin website.

“I want to thank you, the General Staff, everyone who led the operation, for this work and express the hope that this practice of using our Armed Forces will be further studied, corrections will be made, if they are to be made, in practical work. In general, we need to return home – we have fulfilled our task, ”the Russian leader noted.

The head of state stressed that the CSTO countries managed to quickly concentrate the necessary forces and means, resources.

“We quickly managed to concentrate our necessary forces and means, resources. Everything literally worked like a clock: quickly, smoothly and efficiently, “Putin said.

According to him, it is “very important” and will allow the leadership of Kazakhstan to solve “in a free, calm mode, in a dialogue with society, issues of a socio-economic, political nature.”

The final withdrawal of the peacekeepers is scheduled for January 19.

Earlier, on January 13, the Russian Ministry of Defense reported that the first units of Russian paratroopers from the CSTO forces returned from Kazakhstan to Russia. They performed tasks for the protection of socially significant objects in the republic.

On the same day, the press secretary of the President of the Russian Federation Dmitry Peskov said that the CSTO had fulfilled its role in Kazakhstan effectively. According to him, Kazakhstan coped with the difficulties that arose in early January. In turn, Russian Foreign Minister Sergei Lavrov noted that the peacekeeping mission was perfect in terms of its result.

On January 2, protests began in Kazakhstan due to the rise in prices for liquefied gas. In some cities, rallies escalated into riots. The situation has become especially aggravated in the largest city of the country – Alma-Ata. The protesters, among whom, according to the authorities, were extremists, broke into the administration building, set fire to the prosecutor’s office, the office of the ruling party and seized the presidential residence. During the riots, 17 security officials were killed, two of them were beheaded. The country’s authorities said such brutal actions were indicative of a terrorist threat.

Against the background of the unrest, the President of Kazakhstan Kassym-Jomart Tokayev appealed to the CSTO (it includes Russia, Belarus, Kazakhstan, Kyrgyzstan, Tajikistan and Armenia) for help in overcoming the terrorist threat. On January 12, he announced the end of the CSTO peacekeeping operation in the country.