Putin: Washington’s missiles to Kiev will not change anything, and we will crush them like nuts 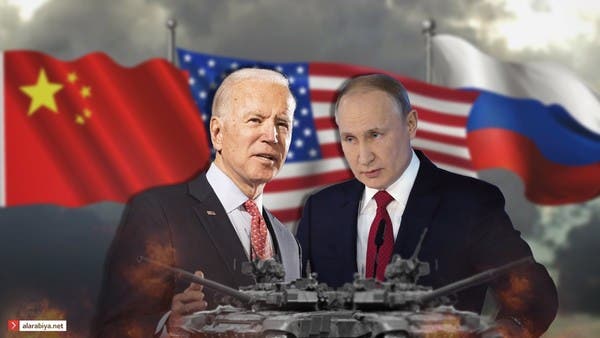 In light of the escalation of tension between Russia and the United States, as a result of the Russian military operation on Ukrainian soil, amid the flow of Western weapons, especially the American ones, to Kiev, Russian President Vladimir Putin stressed that the American missiles sent to the Ukrainian forces will not change anything on the ground.

He added, in televised statements broadcast today, Sunday on Russia 1 channel, that the Russian Air Force easily deals with the new American weapons and “breaks them like walnuts,” noting that it has destroyed dozens of them so far.

He also warned the West that his country would hit new targets if the United States began providing Kyiv with longer-range missiles. He said, “If such missiles are presented, we will bomb targets that we have not yet begun to hit,” without specifying what they are.

He stressed that the delivery of more Western weapons to the Ukrainian forces is only aimed at prolonging the conflict.

In addition, he pointed out that all Ukrainian drones flying since the start of the Russian operation are “foreign production.”

It is noteworthy that US President Joe Biden had previously announced his agreement to provide Ukraine with advanced and accurate missile systems that can accurately hit long-range Russian targets as part of a $700 million arms package.

However, for days, several officials have repeatedly emphasized that these HIMARS missile systems are not intended to carry out strikes inside Russia, but to protect Ukrainian forces inside the country.

While Jonathan Viner, Deputy National Security Adviser in the White House, made it clear that his country had asked the Ukrainians for guarantees that they would not use these systems to strike targets inside Russian territory.

Do not hit the Russian depth

Over the past months, Washington has been keen to provide Kyiv with short-range missiles in order to avoid targeting Russian territory.

The US president intended not to send weapons that, he said, would make “the United States a partner in the war on the side of the Ukrainians,” despite repeated calls from Ukrainian officials for long-range missiles.

Over the past weeks, Kyiv has repeatedly demanded from allies long-range systems, including the Multiple Launch Rocket System (MLRS), which can launch a barrage of missiles hundreds of miles away, in the hope of changing the course of the fighting that has been going on with the Russians since February 24.