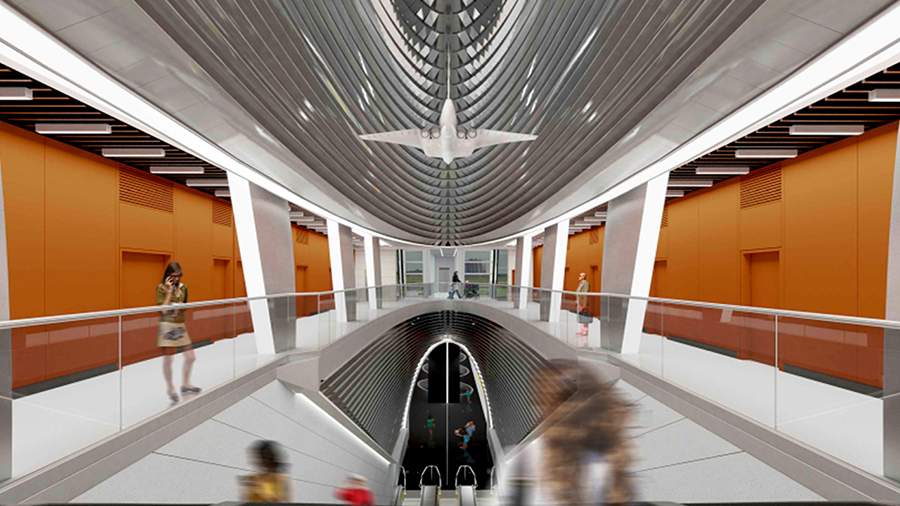 In the near future, at the Pykhtino station under construction on the Solntsevskaya line of the Moscow Metro, aluminum panels with images of aircraft will be installed. This was announced on January 21 by the vice-mayor for urban policy and construction, Andrey Bochkarev.

“The builders have installed the frame and will soon begin assembling the aluminum panels with the graphic representations of the aircraft in the form of blueprints. Walking along the track wall of the Pykhtino station, passengers will be able to trace the entire history of the Russian aircraft industry – from the propeller-driven ANT-3 to the modern Tu-214, ”the website of the Moscow Mayor quotes him as saying.

The design of the station will be dedicated to the history of aviation, since the streets of Pilot Gritsevets, Pilot Ulyanin and Aircraft Designer Petlyakov are located next to it.

Also, a light well in the form of a funnel with a model of the Tu-144 aircraft inside will appear above the inclined course of the escalator. In addition, light structures resembling aircraft turbines are being installed on the ceiling of the platform.

On the eve it was reported that a recreation area was being equipped on the roof of the Pykhtino station. The new public space will be located above the platform at ground level. Visitors will be able to get there by bypassing the ground lobby of the station.

Pykhtino is planned to be put into operation in 2023 along with the next station of the Solntsevskaya line, Vnukovo, which will be located near the airport of the same name.

On January 7, Bochkarev said that in total in 2023, it is planned to complete and open 14 new Moscow metro stations for passengers. He noted that Moscow is also building new radial metro lines – Troitskaya and Rublevo-Arkhangelskaya, as well as six electric depots.