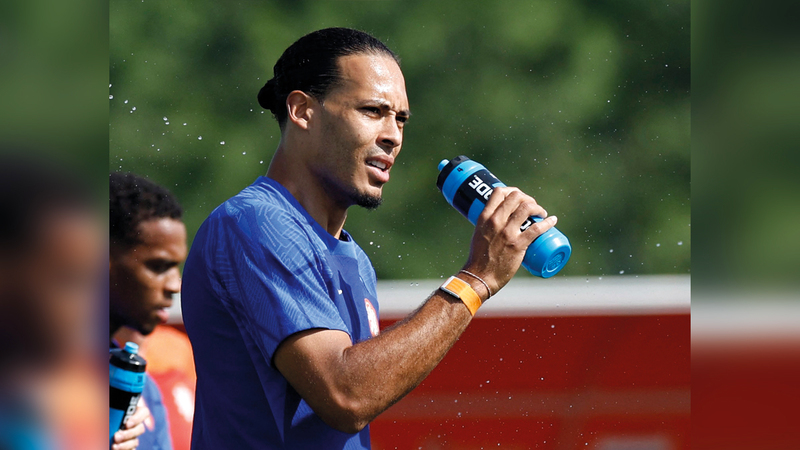 It is true that the Qatari national team has become outside the accounts of the 2022 FIFA World Cup, which it will host at home, but Al-Annabi will have a last chance to bid farewell to the honorable, when it faces the Netherlands, which is determined to qualify and lead at any cost.

The match will be held at seven in the evening at Al-Bayt Stadium in the last matches of the group stage in the first group.

After years of preparation and providing tremendous potential, the Qatar national team became the first host to the World Cup in football to bid farewell to the group stage after playing only two matches, after suffering a second loss last Friday against Senegal 1-3 after falling in the opening match against Ecuador 2-0.

And the Qatari newspapers blamed the Spanish coach, Felix Sanchez, for the early exclusion of the national team from the group stage in the World Cup, which it is hosting at home for the first time in the Middle East.

The headlines ranged between “disappointment” and “a loss once”, with the demand for Sanchez’s dismissal, even though he was the owner of the historic achievement for Qatar when he led the national team to win the Asian Cup for the first time in its history three years ago.

On the other hand, there is Louis van Gaal, who will eventually face the host country, and therefore he must unleash his attack to cross into the next round. After a draw with Ecuador in the second round (1-1), the “mills” team, with four points, became a candidate for qualification.

But he needs a minimum number of points against Qatar, which was deposited, to distance himself from the result of the second match between Ecuador (4 points) and Senegal (3 points).

Van Gaal expressed his regret for the result of the match against the South American team, saying, “We did not play a good match. We played well when the opponents had the ball, but not when we had the ball, that’s our problem.

The 71-year-old coach, who led the “Orange” to third place in the 2014 World Cup, added, “We have to improve our possession technique. We must work on that.”