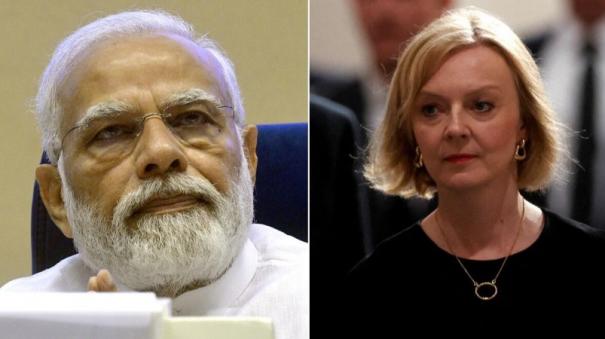 The Prime Minister’s Office said that the two leaders reviewed the current status of India-UK projects to be completed by 2030, free trade relationship, security cooperation and direct relationship between the people of the two countries. Deepest condolences were also mentioned.

Expressing deep condolences on the death of Queen Elizabeth II last Thursday, Prime Minister Modi mentioned that she was a leader who could inspire the people of England. Recalling his meetings with Queen Elizabeth II in 2015 and 2018 during his visit to England, Prime Minister Modi said that he will never forget the warm welcome she gave him. PM Modi also recalled the Queen showing him a handkerchief gifted by Mahatma Gandhi during his marriage.