Queiroz begins his mission with a meeting with the Egyptian Federation 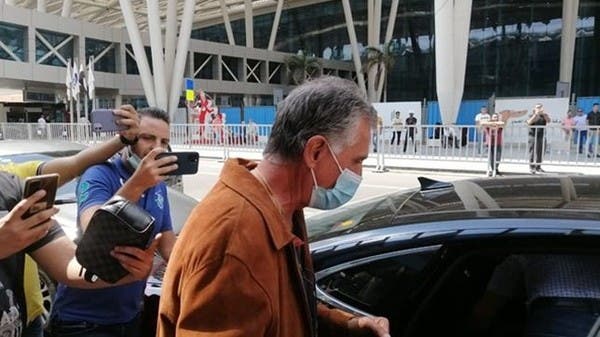 Veteran Portuguese coach Carlos Queiroz will begin his new assignment with the Egyptian national team with a meeting with officials of the tripartite committee in charge of running the Egyptian Football Association on Wednesday.

Queiroz, 68, arrived in Cairo on Wednesday to start the mission, succeeding Hossam El-Badri, who was sacked by the Egyptian Federation after modest performances for the team and a difficult 1-1 draw away with Gabon, with a goal in the penultimate minute in the World Cup qualifiers.

The Egyptian Federation wished Queiroz success through a brief message on its website, in which he said: Carlos Queiroz is on a date to start his training career with the first national team. With all our best wishes to him and our national team success.

The Egyptian Federation decided to postpone the matches of the quarter-finals and semi-finals of the Egypt Cup to allow Queiroz to organize a camp for the team to get to know the players and the supporting staff before two crucial confrontations against Libya in the third and fourth rounds of the 2022 World Cup qualifiers.

Queiroz begins his mission with a meeting with Diaa El-Sayed, assistant coach, Mohamed Shawky, second coach, and Essam El-Hadary, goalkeeper coach, to set a timetable in preparation for the two matches against Libya.

Queiroz has previously coached the national teams of Portugal, the Emirates, South Africa and Colombia, and also coached Real Madrid and Sporting Lisbon, and worked as an assistant coach to the legendary Alex Ferguson at Manchester United.