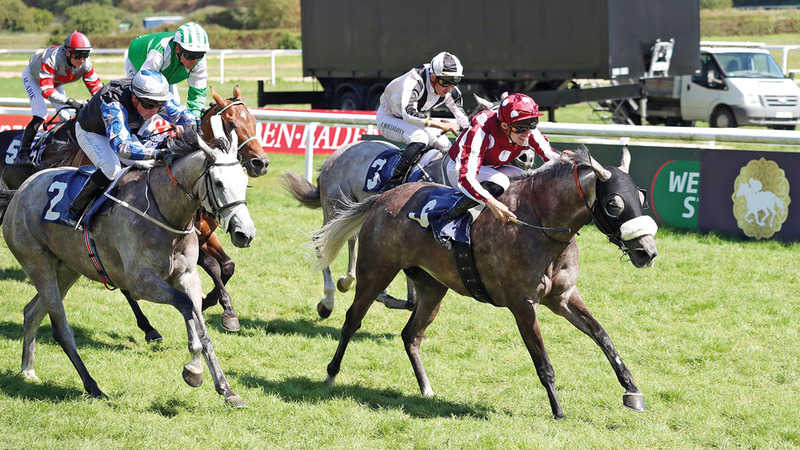 The horse “Quenchala” succeeded in crowning the German leg of His Highness the President’s Cup for purebred Arabian horses, in its ninth round in the 29th edition, which was witnessed by the Evsheim grass course in Baden-Baden, last Sunday.

The race witnessed a large public attendance of more than 13,000 spectators, and a distinguished participation of the elite Arab horse studs in Germany and Europe, and was characterized by fierce competition between the horses participating in the race, which was held for a distance of 1,600 meters in the second category for horses of four years and over, and the mare “Quinshala” managed She is a descendant of (Al-Mamoun Munlo x Al-Ramtha Bint Amer) of the owner, Sheikh Abdullah bin Khalifa Al Thani, under the supervision of coach John de Mioli, and led by the jockey “O.D. Indigen” from winning the prestigious Cup race, after covering the race distance with a time of 1:48: 03 minutes, and the mare “Ikleel Athba”, descended from (Laith Al Khalidiya x Manadi Athba Bint Kotobia) of the owner Athba of the races belonging to Prince Abdulaziz bin Ahmed Al Saud, came in second place, under the supervision of coach Philip Collington, under the leadership of the jockey Taj Osheh, while he came in third place. “Mayar Al-Khalidiya” (Nashwan Al-Khalidiya × Asma Al-Khalidiya) is owned by the owner of the Khalidiya stables belonging to Prince Khalid bin Sultan Abdulaziz Al Saud, under the supervision of coach Mikhail Borkowsky, and led by the jockey Baorzhan Murzabayev. Al-Arabiya, Faisal Al-Rahmani: “We are proud of the successes enjoyed by the precious cup in all European stations, the level of praise and the wide global echoes and the great welcome we receive from federations, organizations, owners, breeders, the media and all the family and lovers of Arabian horses, which push us towards more bids to present races. More, with greater diversity, and with plans that support raising production levels and caring for Arabian horses.”