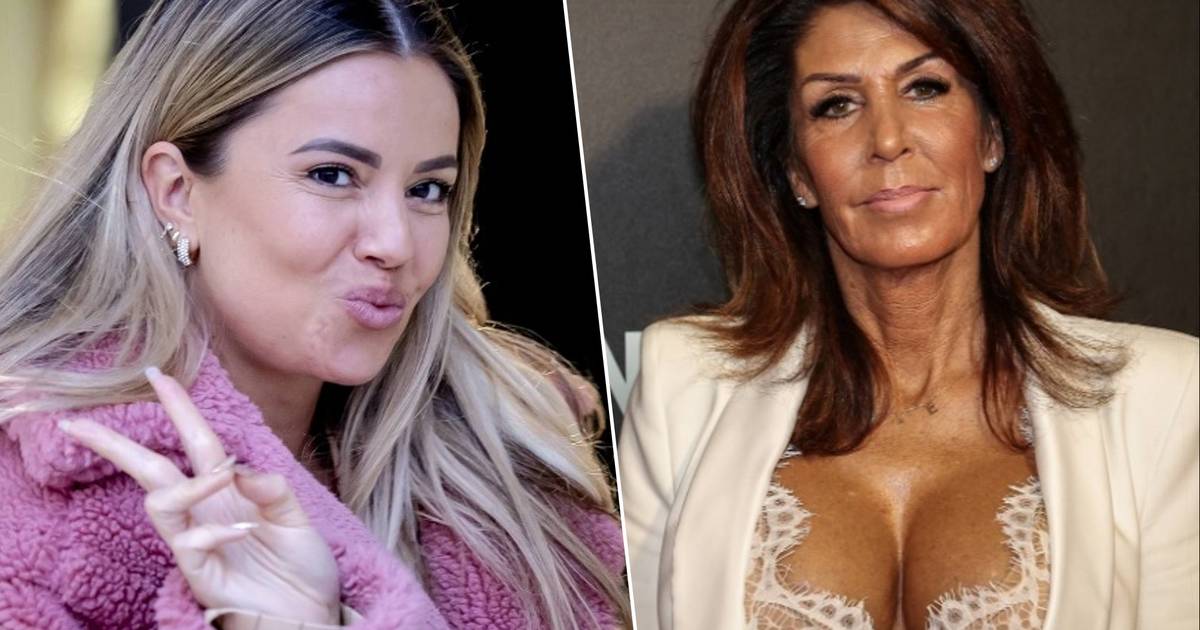 hazes wins interlocutory proceedingsYvonne Coldeweijer must immediately remove a video in which she makes statements about Rachel Hazes’ private life and post a correction. The vlogger cannot live up to her so-called ‘juice’ – based on two anonymous ‘spies’, the judge said. Coldeweijer is also no longer allowed to use the term ‘cremated croquette’ because it would be too offensive.

Hazes and Coldeweijer faced each other in court in Amsterdam two weeks ago. Hazes wanted Coldeweijer to rectify a video in which she makes statements about Hazes’ role in the leaking of a personal letter from her son André Hazes to his ex Sarah van Soelen. Coldeweijer claims that Hazes’ alleged role in the leaking of that letter is the reason that mother and son are currently not in contact. The video has been viewed more than 130,000 times. Hazes admitted in court that there is currently less contact with her son André, but that would have a different cause.

According to the court, Coldeweijer, the maker of the juice channel, can Life of Yvonnenot live up to her accusations. They are ‘unnecessarily offensive’ and Coldeweijer also has no ‘respectable interest’ in posting her ‘juice’ on Instagram. On Instagram, the vlogger would also have urged her followers to respond en masse to the accusations she made. According to the court, a large number of them ‘went completely wild’ and as a result have expressed themselves ‘very hurtful’ about Hazes.

Coldeweijer would not have distanced himself from that. ‘On the contrary, she stimulates these reactions by adopting the term cremated croquette’, can be read in the verdict. According to the judge, the fact that Coldeweijer did not come up with that term himself is ‘irrelevant’. She’s taking the term and using it to raise money for her lawsuit. This, too, is her responsibility.”

As a well-known Dutchman, you don’t have to just take everything, Hazes said in response to the verdict. ‘Some statements go just a bit too far for me and then you have to stand up for yourself. I hope that I am an example for other people who are also being treated like this (…).’ Hazes calls the fact that Coldeweijer has to rectify ‘justice’.

In this case, therefore, it is mainly about decency. In recent months, Coldeweijer has regularly pilloried Rachel Hazes in her vlogs. The juice vlogger does not hesitate to use offensive texts such as ‘narcissistic person’, ‘leech’, ‘crazy’ and ‘hypersensitive witch’ in her productions. “Intensely hurtful and unnecessary,” Jaap Versteeg, Hazes’ lawyer, said at the hearing.

Who is who in the Hazes family soap? Check it out in the interactive guide below. The story then continues.

Hazes’ lawyer thinks that juice channels should be given a degree of freedom because they serve a social interest. “This is not about relevant abuses, but about extremely personal issues in which intimate details are shared. An enormous amount of negativity is sprinkled on Mrs. Hazes. There is nothing good about her in Coldeweijer’s world. It is supposedly one big drama. That is bad and incorrect and it says a lot about the camp where these statements come from. In Coldeweijer’s world she is the fairy and Hazes the witch.”

According to the counsel, there is ‘a limit to the permissible’ and Coldeweijer, who bills himself as a ‘doctoral student in Hazology’, goes over that every time.

According to Coldeweijer’s lawyer, Rachel Hazes should examine her own role in this long-running affair. ,, Within the family people have difficulty with what Mrs Hazes openly proclaims. When defending her own interests, she takes the truth and does not shy away from completely rewriting the history book. ” The judge does not agree and says that Coldeweijer goes too far with her statements.

For example, Coldeweijer is no longer allowed to use the term ‘cremated croquette’ to refer to Hazes. According to the judge, this wording is ‘in any case offensive and offensive’, just like other words such as narcissistic, manipulative, crazy and toxic. The statement that it is good for André that he has broken up with his mother is also ‘hurtful’ in the eyes of the court and is no longer allowed to use the juice vlogger.

It is the second time that Coldeweijer loses a case against a Dutch celebrity and has to rectify it. Last year, the gossip queen lost a case against Samantha Steenwijk after she claimed in a video that Steenwijk had used illegal diet pills to lose weight. Stefan Kalff, Steenwijk’s lawyer, does not rule out that Coldeweijer will have to appear in court more often. “I can see it happening that the people about whom Coldeweijer also unlawfully express themselves will claim compensation in the future,” says Kalff. “Those people will now feel extra supported with this second verdict.”

In the meantime, Coldeweijer says that he will ‘just continue’ publishing gossip. “It was my job to show that the juice I brought is plausible,” Coldeweijer writes on Instagram. ,,I think that I have succeeded long and wide, especially because everything that I have said in the video has come true again. The judge thought otherwise and finds that I have not demonstrated that. I think the judge saw this as an opportunity to shut up juice channels. Well I have news for you: I will continue! We live for the juice and I will continue to bring the truth.”

Coldeweijer must pay a penalty of 1000 euros for every hour that the video in question is still online. This can amount to a maximum of 50,000 euros. The correction must be posted to Instagram within 48 hours. Coldeweijer also has to pay the legal costs of almost 1500 euros out of his own pocket.