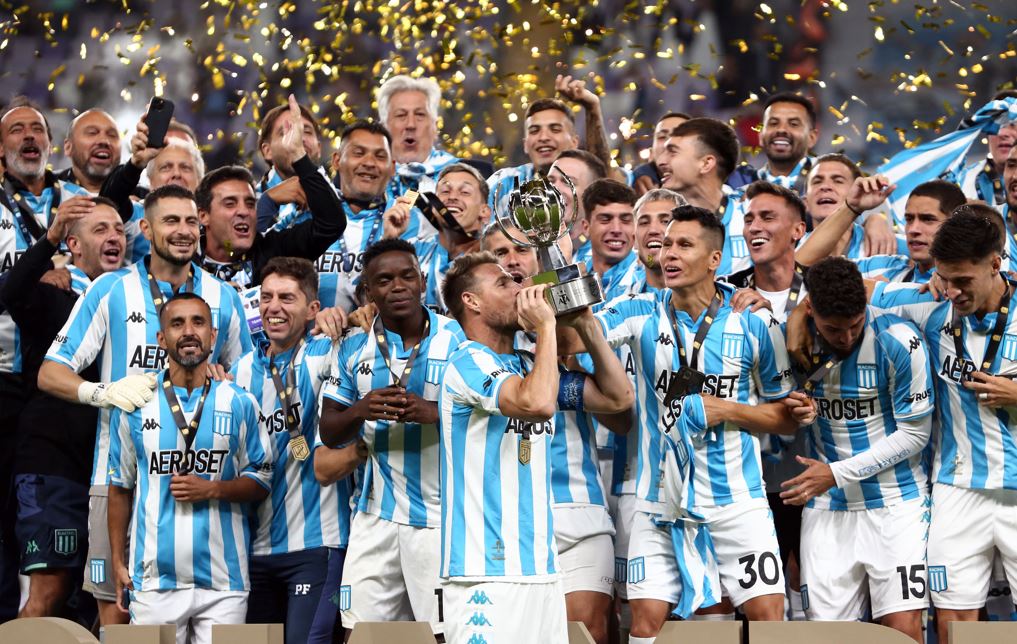 The Racing Club team was crowned today with the Argentine Super Cup title at the expense of its rival, Boca Juniors, with two goals to one in the match that was held at Hazza bin Zayed Stadium in Al Ain, for the first time outside Argentine territory, as part of the strategic partnership agreement signed between the Abu Dhabi Sports Council and the Argentine Federation, which It extends for four years.

Sheikh Sultan bin Hamdan bin Zayed Al Nahyan, Vice Chairman of Al Ain Club and Chairman of the Executive Committee, crowned the Racing Team with medals for first place and the Argentine Super Cup, in the presence of the President of the Argentine Federation, Claudio Tapia, Secretary General of the Abu Dhabi Sports Council Aref Al Awani, and a number of personalities and officials. The Boca team was also crowned with second place medals.

The title is the first for Racing in the Super Championship, after he lost the title in 2021, raising his tally of titles to 39, and on the other hand, Boca lost the title for the fourth time in its history after 2012, 2015 and 2017.

The match did not pass through the stage of feeling the pulse at all, as the two teams entered the match directly by exchanging attacks between them, and Boca advanced with the first goal in the 11th minute by Facundo Roncaglia with a powerful shot inside the penalty area.

The Racing players held fast, as they did not take long to return to the atmosphere of the match by scoring the equalizing goal in the 20th minute by Johan Carbonero, after a skillful and physical effort, who found himself facing the goal, penetrated into the penalty area, and hit a ball that settled to the right of the opposing team’s goalkeeper.

The second half of the match was on its way to a positive draw 1-1, when Racing got a penalty kick, from which Gonzalo Piovi scored the winning goal for his team in the 7 + 90 minute, to lead him to crown the precious title, thus opening the new season with a title after he had concluded last season by winning the Argentine Cup on Boca account too.