Radicals in Paris smash offices and fight with police 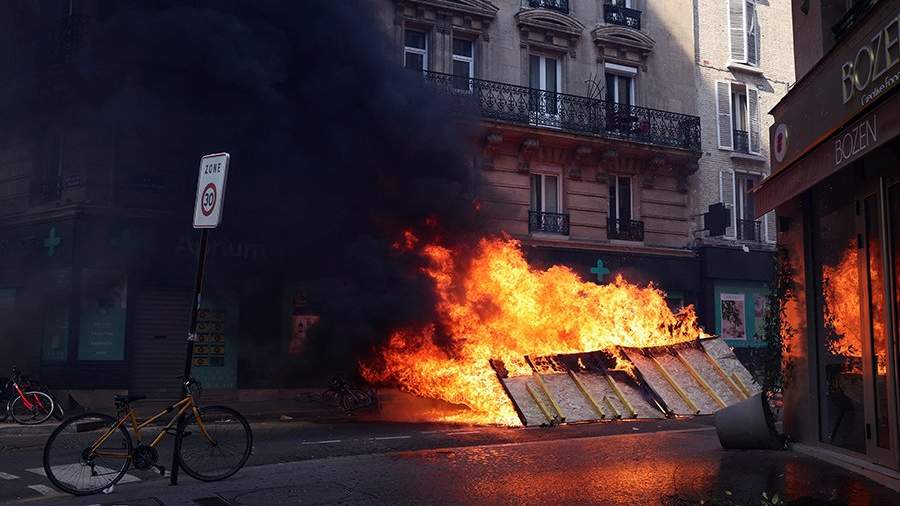 The radicals smashed dozens of shop windows of banks and insurance companies in the center of Paris, where the May Day demonstration is taking place. It is reported by RIA Novosti.

In addition, cases of looting were recorded. The rioters take furniture out of the destroyed premises and set it on fire. It is assumed that this is how the radicals “symbolize” the struggle against capitalism. Hooligans also prevent firefighters from extinguishing the fire.

Law enforcement officers are trying to stop the riots. They detain violators, use tear gas grenades. In response, the radicals throw gas bombs.

On April 24, demonstrations began in France after the announcement of the results of the presidential elections in the country, which were won by Emmanuel Macron. In Lyon, 200 to 300 people took to the streets. Many of them were dressed in black, some in yellow vests. People marched through the city shouting slogans like “no Macron, no Le Pen” or “Lyon, Lyon, antifa”.