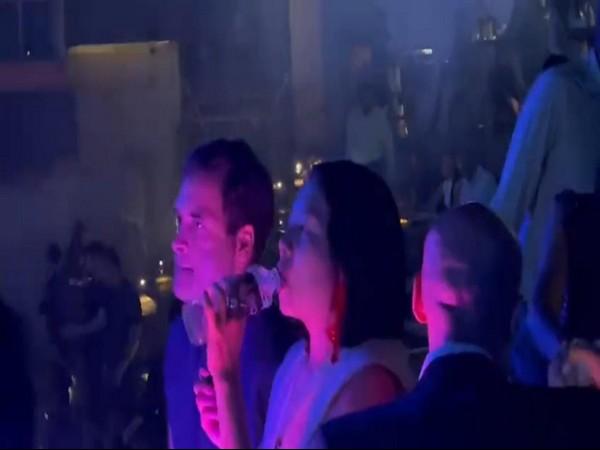 New Delhi: Former Congress President Rahul Gandhi has been seen talking to a woman at a hotel nightclub in Nepal. The Congress has retaliated by criticizing the BJP.

Former Congress president Rahul Gandhi has left for Nepal to attend the wedding of his journalist friend. The trip was not publicly announced. Whereas the information was only published in the media.

After the wedding, a grand banquet was held at a one-star hotel in Kathmandu, the capital of Nepal. Rahul Gandhi was present.

Someone there took a video of himself participating in the show on his cell phone and posted it on a social networking site. This video is just 12 seconds long. Rahul is talking to a woman in the video.

The issue has caused great controversy in political circles. BJP leaders have criticized the release of a video of Rahul Gandhi attending a party at a nightclub amid ongoing debates within the party over its successive defeats and crisis.

BJP IT chief Amit Malviya said, “Congress is in a very pathetic state. But its main leader Rahul Gandhi has attended a foreign entertainment party. Congress did not relinquish its leadership to anyone other than the Nehru family. Such an act has created competition for the party’s prime ministerial candidate. ”

Interestingly, soon after the Congress refused to outsource their presidency, hit jobs have begun on their Prime Ministerial candidate … pic.twitter.com/dW9t07YkzC

Union Minister Mukhtar Abbas Naqvi slammed Rahul Gandhi, saying he was a full-time tourist and part-time politician. Full of hypocrisy. He tries to mislead the people of the country by making fake stories and accusations when the time is over after the journey.

Rahul Gandhi’s ideas are not modular to the people of the country. Misleading his own party. If Rahul Gandhi follows the same path, the situation will be like this.

The Congress has retaliated against the BJP in this matter. Congress General Secretary Randeep Surjewala said, “Prime Minister Modi went to Pakistan to celebrate the birthday of former Pakistani Prime Minister Nawaz Sharif. Rahul Gandhi did not go as an uninvited guest. Rahul Gandhi has personally visited Nepal to attend a friend’s wedding. What does the BJP care about this? ”