Rahul Gandhi Azhar at the Enforcement Department office: Leaders and volunteers detained during the rally 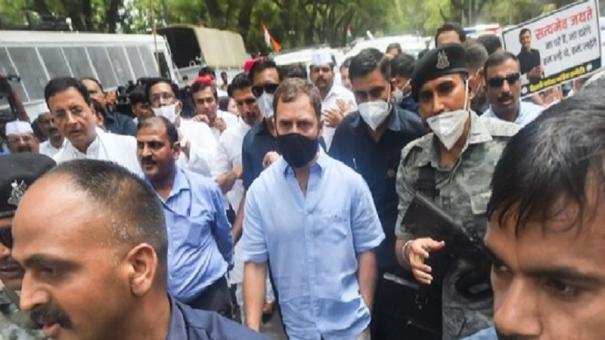 Earlier, Congress spokesperson Randeep Singh Soorajwala said, “The whole of Delhi has been blocked by barricades. This alone is enough to prove that the central government is afraid of the Congress. No one can oppress us, not only the British but also the new oppressors. We will fight.We are walking in the Gandhian way.The Congress has been the voice of the common man for 136 years.The Congress party will make any sacrifice for the people.

Congress presidents Sonia and Rahul owned 76 per cent of the company, while Motilal Vora and Oscar Fernandez owned 24 per cent. The National Herald has been re-published since 2016.

While Sonia Gandhi has asked for time off due to corona infection, Rahul Gandhi has appeared.