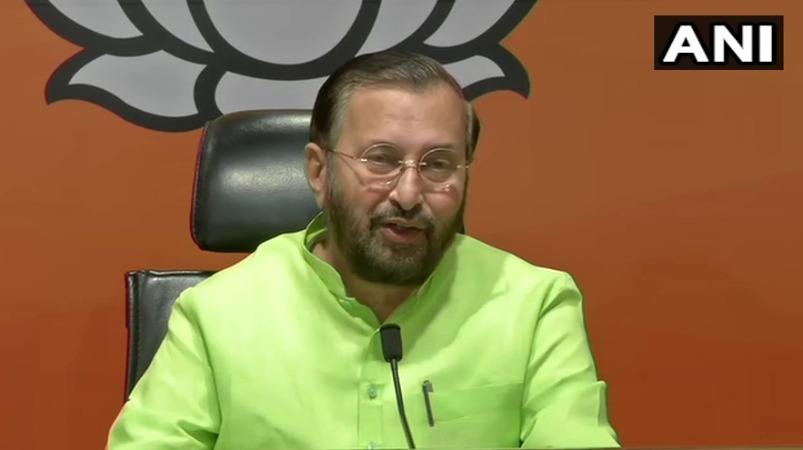 Emergency in the country Congress That when the party was brought in, that party was not trying to capture any governmental organization Rahul Gandhi That said that is ridiculous BJP Has teased.

With Kaushik Basu, Professor of Economics and former Economic Adviser at Camel University in the United States Congress MP Rahul Gandhi Conversed via video yesterday. Speaking on the occasion, Rahul Gandhi said, “The Emergency introduced during the Indira Gandhi era was wrong, but very different from the current situation. Congress The government has never tried to seize power. “

Congress MP To the speech of Rahul Gandhi BJP Has answered. Union Minister Prakash Javadekar He was interviewed by reporters today. Then to him Rahul Gandhi Asked about the comparison between the RSS and the militant group in Pakistan.

When he answered that ” Rahul Gandhi Yet it will take a long time to fully understand the RSS system. The Hindutva system is the governing body that shapes ideologies BJP The RSS is the world’s largest patriotic school. The role of the RSS is to bring about change in the people and to cultivate patriotism. “

In case of emergency, the government system will do anything Congress As not trying to capture Rahul Gandhi Asked reporters who spoke.

For that Prakash Javadekar In response to ” Emergency During the period, MPs and MLAs were arrested, various Government organizations They refused to run freely. But it is ridiculous to say that Rahul Gandhi did not try to seize any state power. “

Actress Topsy and Anurag Kashyap have been criticized by reporters for allegedly raiding their homes because of their criticism of the BJP. For that Prakash Javadekar Responding, he said, “This is a very bad idea. Investigative bodies are conducting raids on the basis of relevant evidence. The matter is to be taken to court later.”

Previous articleActress Sreesudha case .. Supreme Court notices to Shyam K Naidu
Next articleDil Raju: I will not give my banner like that .. I did financial support for ‘Shadi Mubarak’ movie .. I am also a lucky fellow: Dil Raju