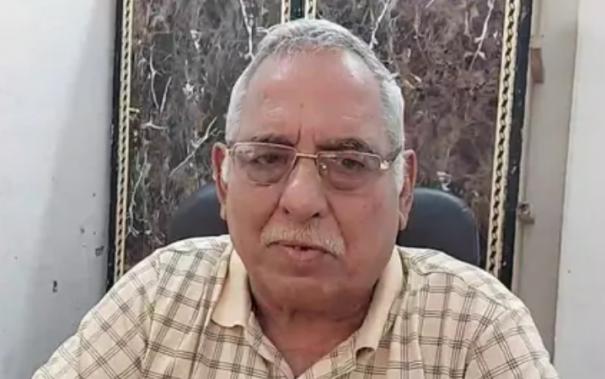 Mathura: A lawyer has won a case against the Indian Railways for charging Rs 20 extra in the travel fare after a 22-year legal battle. Let’s look at it in detail.

Around 1999, advocate Dukanath Chaturvedi bought two train tickets from his hometown Mathura in Uttar Pradesh to Moradabad. His fare for both tickets is Rs.70. A receipt has also been given to him. But then he was charged Rs.90. In addition, he appealed to the staff there for the 20 rupees due to him, but it seems that he did not get it.

The distance between the two cities he traveled was about 300 kilometers (185 miles). But the journey of his legal battle in the Mathura consumer court seeking justice for himself has seen 120 hearings in the court. This case was heard by 5 judges for a period of 20 years. The court announced the compensation for him only this month.

20 rupees due to 66-year-old Chaturvedi, plus 12 percent interest per annum and compensation of Rs 15,000, the court said. This case reflects the sluggish functioning of the Indian judiciary.

Although he is a lawyer, it has taken him 20 years to get justice. He has also spent many hours of labor and up to Rs 20,000 in litigation. At one point many of his family and friends told him to give up the struggle. However, he continued it.

“This is not a case for money. This is for my right. As a citizen of this country I questioned against the abuse. The court adjourned the case without reason. So I’m frustrated at times.

But I am a lawyer. So I was determined to fight this case till the end. This struggle is to bring out the truth,” said Chaturvedi.

Mathura, UP | In 1999 I bought 2 tickets which amounted to Rs 70 but the clerk took Rs 90. I was forced to seek legal remedy. After a 22-year-long fight, the court ruled in my favour, asking the railways to pay me Rs 15,000. It was my fight against injustice: Advocate Tungnath Chaturvedi pic.twitter.com/ynbpQUWKMX