No Result
View All Result
Latest News
Russian tennis player Khachanov reached the semifinals of the Tokyo Olympics 29/07/2021
“You have to take camel drivers” … a German official was expelled from the Olympics after a racist comment against an Algerian and an Eritrean 29/07/2021
Opposition parties continue to rally in parliament: both adjourned until 2 p.m. 29/07/2021
Hema Chandra: RRR Dosti is a different level .. Hemachandra who raised expectations 29/07/2021
Emergency mode was introduced in several regions of Yakutia due to drought 29/07/2021
Next
Prev
Home India

Raising taxes on petrol and diesel for public welfare schemes is not fair: Mayawati 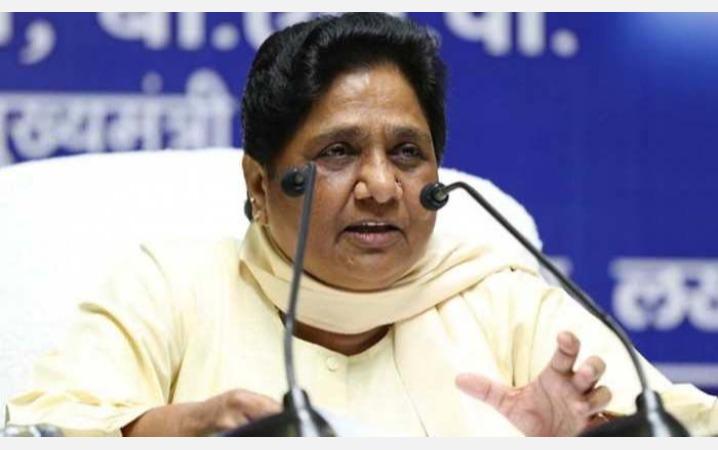 
People need funding to do welfare programs. That is why the argument that the tax on petrol and diesel is being raised is unjustified, said the leader of the Bahujan Samaj Party Mayawati Condemned.

BJP leader Mayawati has condemned the hike in petrol and diesel prices and demanded its withdrawal.

Mayawati took to Twitter to comment, “People are already suffering from unemployment and inflation due to the spread of the corona virus. Cooking gas cylinder Raising prices and plunging them into misery is unreasonable and wrong. It is also unreasonable to argue that we are doing public welfare programs with the money available through this tax increase.

We must immediately stop the arbitrary increase in petrol and diesel prices, which will become a burden on people’s savings. In doing so, it will be of great help to millions of poor people, the working class, the middle class. It will also benefit the government. “

A coach warned of “slapping” a judoka player

The coalition: the destruction of a Houthi march launched towards southern Saudi Arabia

State of emergency begins in Tokyo as Olympics approach

Not only men, but women in Saudi Arabia can now take up arms and join the army