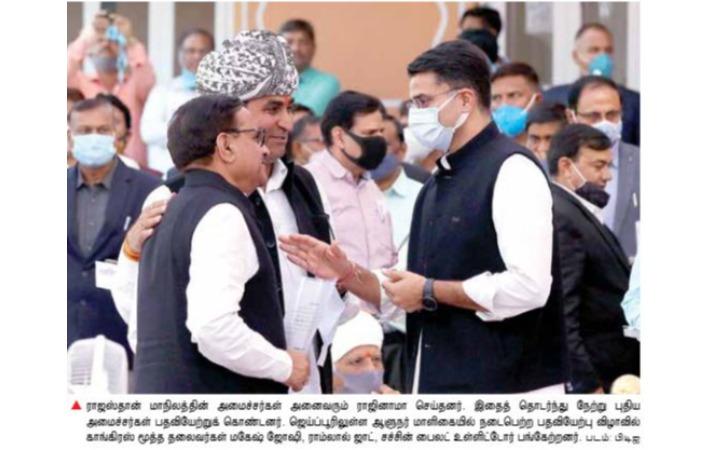 Rajasthan, which has 200 assembly constituencies, is ruled by Chief Minister Ashok Gelad. In an environment where the strength of the state cabinet was 30-, there were only 21 ministers, including the chief minister.

In this context, many MLAs have been demanding that they be made ministers. Similarly, supporters of Sachin Pilot, an influential leader in the Congress party, were forced to make room in the cabinet.

Following this, all the ministers resigned after a meeting chaired by Chief Minister Ashok Gelad the day before yesterday.

Following this, Cabinet of Rajasthan Modified yesterday. Accordingly, 11 Cabinet Ministers and 4 Ministers were newly appointed. With this, the strength of the state cabinet has increased to 30 with 19 cabinet ministers and 10 internet ministers.