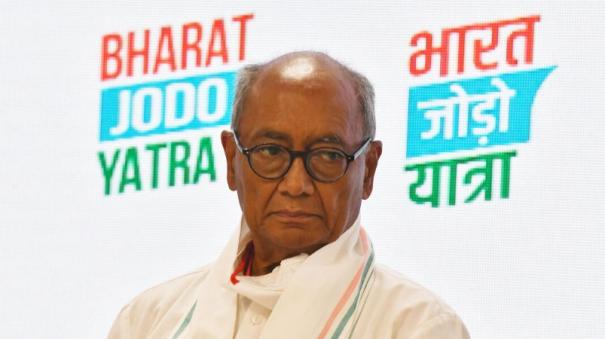 New Delhi: Former Chief Minister of Madhya Pradesh and one of the senior Congress leaders, Digvijay Singh is contesting for the post of Congress President.

The election for the post of Congress party president will be held on the 17th of next month. It was reported that one of the party’s G23 leaders, Thiruvananthapuram MP Sasi Tharoor and Rajasthan Chief Minister Ashok Khelat are contesting in this election after 22 years.

In this situation, if Ashok Khelat wins the election and is elected as the new leader of the party, according to the Congress policy, he will have to give up the post of Chief Minister of Rajasthan. The party leadership had decided to appoint former Deputy Chief Minister of Rajasthan Sachin Pilot as the next Chief Minister of the state after him. Protesting against this, Rajasthan Congress MLAs supporting Ashok Khelat had submitted a letter to the Governor stating that they would resign from their posts. Ashok Khelat’s candidacy for the post of party leader is uncertain as this issue has created a lot of excitement.

In this situation, Digvijay Singh is going to contest the Congress party president election. He arrived in Delhi on Wednesday as part of Rahul Gandhi’s India Unity Pilgrimage. And I have no plans to come to Delhi. I have come to Delhi for this election. I have not yet spoken to the Gandhi family. But he said that he has decided to contest the election.

Meanwhile, Ashok Khelat arrived in Delhi on Wednesday night as the Congress leader issued notices to three of Khelat’s supporters seeking clarification on the situation in Rajasthan. He is said to be meeting Sonia Gandhi today. Speaking to reporters earlier, he said that internal conflicts will come and go. He said that we will fix it.