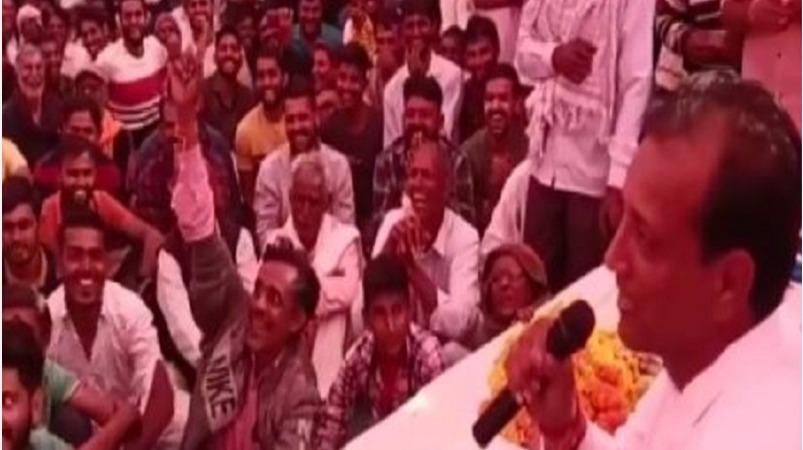 That the roads are as smooth as Katrina Kaif’s cheeks Minister of Rajasthan Has raised controversy.

In Rajasthan Ashok Gelad Minister Rajendra Kuda came to his constituency for the first time after taking over as Cabinet Minister in the latest expansion of the Cabinet. People then complained to him that the roads in the constituency were bad.

Speaking on stage to tackle the issue, the minister likened the roads of his constituency to the cheeks of a famous Bollywood actress. People sitting in the crowd applauded and laughed as they considered the minister’s controversial speech a joke.

The minister later explained to the authorities why I had spoken like this. In it, reports say that actress and BJP MP Hema Malini has aged and instead opted for Katrina Kaif’s cheeks as a standard for roads. This has raised even more controversy.

Such sexual and controversial comment is nothing new from politicians. Many years ago, Lalu Prasad Yadav, Hemalini Rajaram Pandey, a former minister in the Akhilesh Yadav cabinet in Uttar Pradesh, had made a similar comment.

Then, in 2019, criticism erupted when Congress leader PC Sharma said, “The Congress government will no longer smooth the roads in Madhya Pradesh like Hemalini’s cheeks.” Going a step further, Sharma said, “The temporary condition of those roads was like the cheeks of BJP leader Kailash Vijayavarkia.”

In this connection, it was mentioned in the news at the time that Hemalini had, in the past, responded by dragging himself into political speech.

“I was traveling from Patna to Nalanda for an event. I was late getting to that place because the roads were so bad. When I complained about the condition of the road, Laluji promised to make the roads as smooth as my cheeks. Why my cheeks? Politicians If I bring my cheeks to hints of roads, my cheeks may soon begin to resemble those bumpy roads. I think those promises will be broken. ” That Hemalini He briefly commented on Lallu’s response earlier.