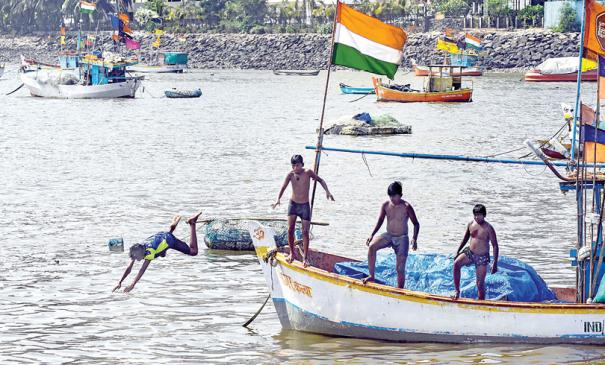 New Delhi: The weather will be severe for the next 5 days in 5 states including Rajasthan, Uttar Pradesh and Haryana. The Indian Meteorological Department has forecast hot air in most parts of the state

Meteorologist RK Jenamani said in a statement yesterday: “Rajasthan, Uttar Pradesh, Delhi, Haryana and Odisha will be the worst hit states for the next five days with temperatures hovering above 45 degrees Celsius (113 degrees Fahrenheit). The next 3 days will see an additional 2 degrees Celsius in the northwestern states, with hot air blowing over most parts of the country. The maximum temperature in Delhi was recorded at 44 degrees Celsius today (Friday), he said.

The people are suffering due to the increase in temperature. Electricity demand has increased in many states, including Maharashtra. A 4-hour blackout has been declared for factories in Rajasthan. Rajasthan is the third state after Gujarat and Andhra Pradesh to declare a power outage. Similarly, power outages are prevailing in rural areas. Jammu also has a maximum temperature of 40 degrees Celsius. There is a shortage of electricity and water due to the high temperature here.

Odisha recorded 40 degrees Celsius for the 3rd consecutive day. Schools in the state have been notified until April 30 due to high temperatures. School and colleges in West Bengal will be closed till May 2 due to the sun.