Ram temple in Ayodhya to be ready by January 2024: Minister Amit Shah informs 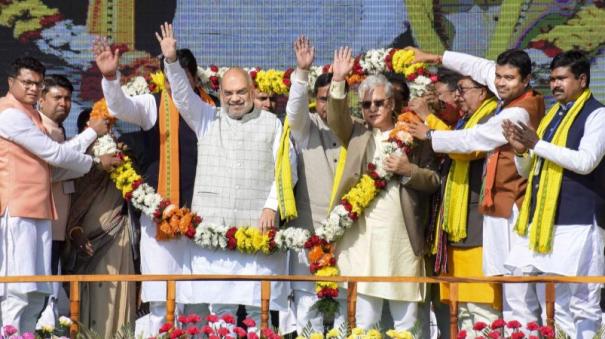 Agartala: Union Home Minister Amit Shah said that the grand Ram Temple in Ayodhya will be ready by January 1, 2024.

The tenure of the Manik Saha-led BJP government in Tripura is set to end in March. In this regard, the state is looking forward to the assembly elections. Meanwhile, Minister Amit Shah inaugurated the Jana Vishwas Ratha Yatra on behalf of BJP in South Tripura yesterday.

Speaking at the event, he said, “The Congress party was blocking the attempt to build a Ram temple in Ayodhya through court cases. But after the Supreme Court verdict, Prime Minister Narendra Modi started the construction of the temple there. On January 1, 2024, the grand Ram Temple in Ayodhya will be ready.

The country is safe in PM Modi’s hands. The people of Tripura have great love and faith in the Prime Minister. This clearly shows that BJP will form the government again in Tripura. BJP will get two-thirds majority in Tripura,” he said.