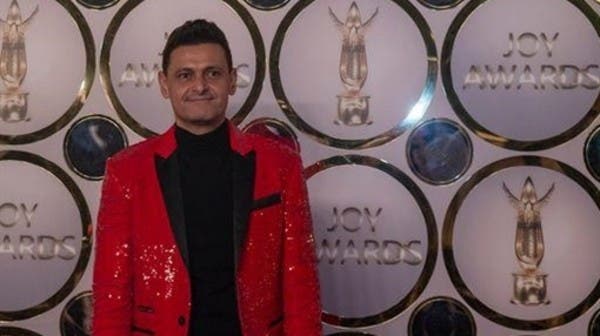 Ramez Jalal released the Google Trend after he apologized to the artists who fell victim to the program that he presents every year during the Ramadan season, and is shown on MBC channels, as part of the Joy Awards ceremony in Riyadh, where he won the “Most Watched Program” award.

Ramez expressed his happiness with this award, especially as it is related to viewership rates.

Ramez Jalal said: “I am very hilarious and happy that I am generous with the journey that I walked with MBC, and I was always when someone criticized me rigidly. I knew that our Lord brought me a great need, and I would like to thank all those who stood by me in the program, His Excellency Counselor Turki Al Sheikh Of course, and the entire MBC group, and any group of you who worked in a prank and upset me, I’m sorry.”

Ramez Jalal directed a request to the Arab artist, Muhammad Abdo, that he wishes to fall victim to his program and will tell him about the prank before it.

Ramez Jalal also announced his presence in the upcoming Ramadan season with a new dumps program, during his presence in a meeting on the sidelines of the concert, and said: “It is not possible for you to be present in Ramadan.”

During the celebration, a large number of stars in the fields of music, drama, cinema, sports and influencers were honored and awarded, whose achievements the audience interacted with during the past year.

In a comprehensive entertainment event presented by the General Entertainment Authority in the Kingdom of Saudi Arabia under the umbrella of the “Riyadh Season”, and co-organized by the “MBC Group”, the “Entertainment Makers Awards” in its second edition celebrated the people of art, cinema, drama, music, sports and Arab influencers from the heart of the capital, Riyadh. , on Thursday evening, while the ceremony was broadcast live on MBC1 and Shahid VIP platform within the “Imagine” bouquet, starting from the events of the arrival of the stars and their passing on the lavender carpet at eight in the evening until the end.