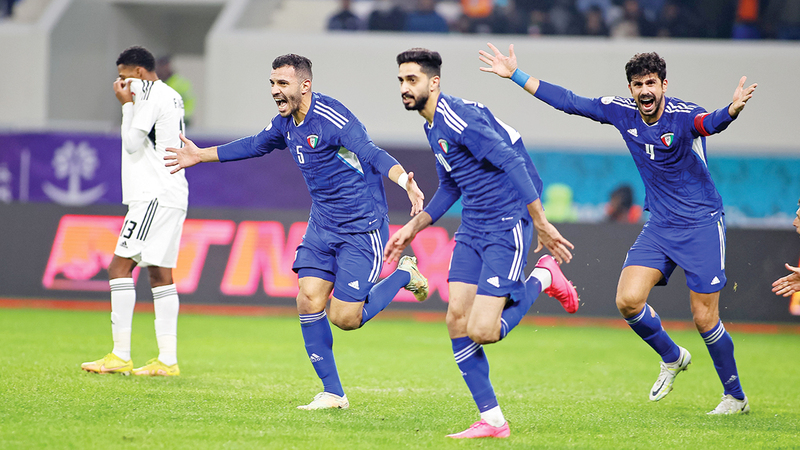 The organizing committee of the “Gulf 25” championship placed five giant screens in places close to the Basra and Al-Mina stadiums, as a result of the huge crowd expected to be witnessed in the tournament in the semi-final and final matches.

Kuwaiti media revealed that the Kuwaiti national team played its matches in the “Gulf 25” with a squad with an average age of 26.5 years, in reference to the footballing future that awaits Kuwaiti football to come back strong again.

Iraqi cities witnessed hysterical celebrations by the Iraqi public, expressing their joy at the qualification of the “Lions of Mesopotamia” team for the semi-final round in the Arabian Gulf Cup, which is currently being held in Basra, after the great victory over the Yemeni team by five goals to one in the third and final round of the first round.

A prominent administrative official for one of the Gulf national teams is under tremendous pressure, due to the team’s disappointing results in the “Gulf 25”, which is currently being held in the city of Basra, Iraq, and its lackluster technical appearance, even though this team was going to compete for the Gulf title.