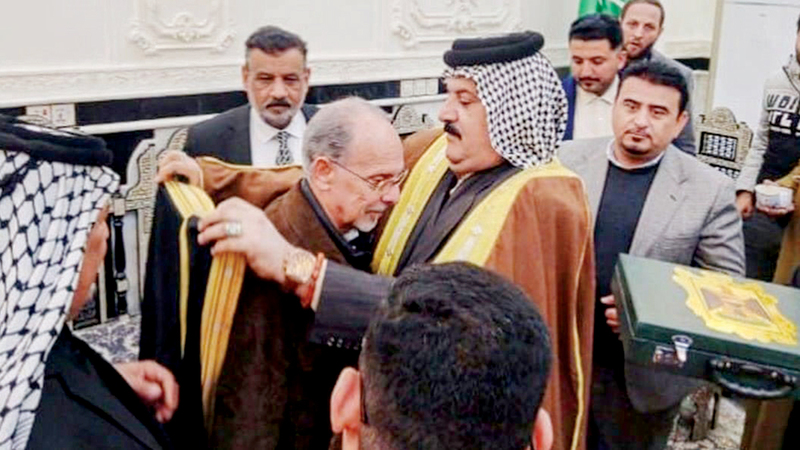 Officials in the restaurant sector in Basra said: “About a million fish of the river type were grilled, in the manner of (Al-Masgouf) in Basra restaurants, during (Gulf 25), in an unprecedented case in the various events of the southern city.”

Social media circulated news about the dismissal of one of the coaches of the teams participating in the “Gulf 25”, due to the modest results, while the Football Association to which this coach belongs has not yet officially announced the dismissal of the coach or not.

The Referees Committee of the 25th Arabian Gulf Cup, which is being hosted by the city of Basra, assigned the task of managing the final match that brings together Iraq and Oman at the Basra International Stadium, tomorrow, to a Romanian arbitration crew led by Kovacs Stefan, assisted by his compatriots Maritimo Vasili and Aratin Mihai, and the fourth and fifth referees, respectively. The two Qataris, Salman Al-Falahi and Zaher Al-Shammari. Frenchman Jeremy Benard came as a referee for the assisted video, assisted by Moroccan Radwan Jaid and Saudi Abdullah Al-Shehri, while Bahraini Khalifa Al-Dossary was an evaluator for the referees.

Observers noticed that a prominent administrative official in one of the Gulf teams participating in the “Gulf 25” in Iraq was away from media statements after his country’s national team was eliminated from the competition, even though this team was one of the teams nominated to compete for the Gulf title.

Sobyanin spoke about plans to improve the Yauza park in 2023