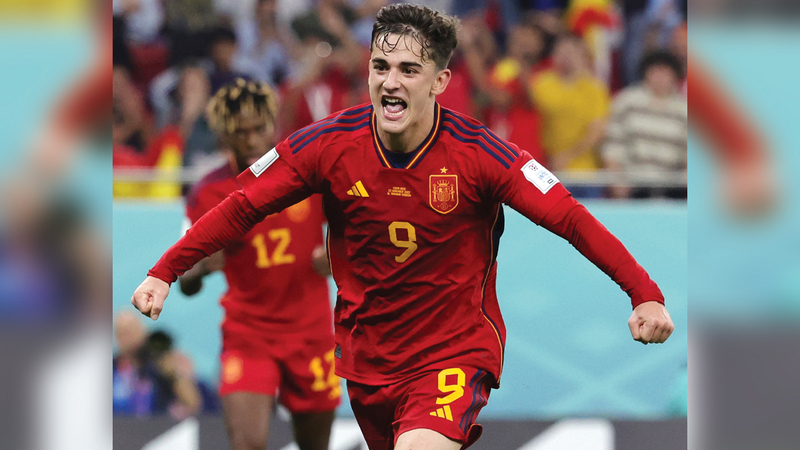 Spain national team player Pablo Martin Baez “Gavi” (18 years old), who scored the fifth goal against Costa Rica in the two-elected meeting, the day before yesterday, is considered the youngest player in the Spanish national team, as he distinguished himself, and contributed with the rest of his colleagues in sweeping Costa Rica with seven goals without. Opposite.

The former Secretary-General of the General Authority for Sports, Ibrahim Abdul-Malik, praised the Emirati arbitration staff, led by Muhammad Abdullah Hassan, who successfully managed the match between Spain and Costa Rica, and described his performance and his assistants, Muhammad Al-Hammadi and Hassan Al-Mahri, as the supervisor.

Sharjah’s Spanish player Paco Alcacer received congratulations from his fellow players on the occasion of the great “Matador” victory over Costa Rica 7-0 in the World Cup, hoping that the Spanish national team would continue its career in the tournament and compete for the title.

14 million people watched France’s match against Australia, which is equivalent to 48% of the viewership in the country, which is the highest this year.. It is noteworthy that France (the defending champion) won the match 4-1.