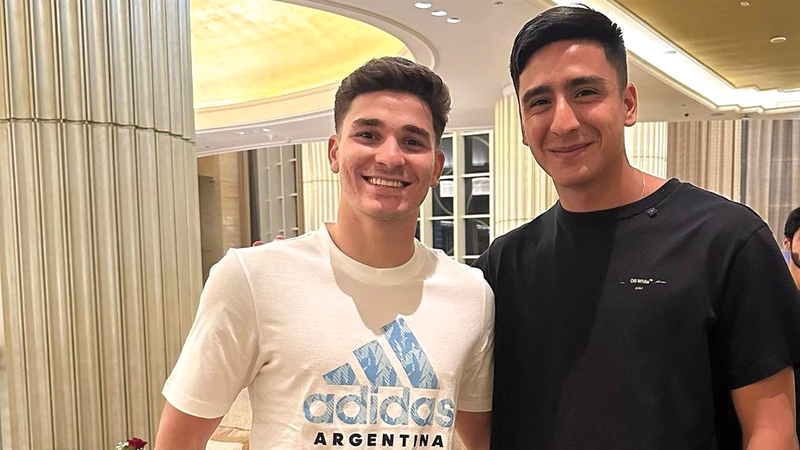 Al Dhafra player, Argentine Pedro Pavlov, published a picture that he collected with his compatriot, Manchester City player and the “Tango” team, Julian Alvarez, and the picture found great interaction by the player’s followers, especially since the latter disclosed an aspect of the conversation that took place between them.

Marketing accounts on the social networking site “Instagram” took advantage of the current state of interest in the World Cup, and began promoting replica sports shirts for the World Cup teams. It is noteworthy that the prices of the shirts reach 75 dirhams.

Saudi national team player Yasser Al-Shehri, who underwent medical treatment in Hamad Medical City, after the injury he suffered in the Saudi Arabia match against Argentina, asked to pray for him to recover quickly and return to the stadiums quickly.

Athletes refused to hold Senegalese goalkeeper Mendy responsible for his team’s two-goal loss to the Netherlands, considering that the attackers’ poor control made scorer Davy Klassen face the goal, and the same thing was repeated in the second goal when Judy Jacobo completed the rebound into the goal.

Al Dhafra goalkeeper, Abdullah Sultan, shared through his account on “Instagram” the atmosphere of the one-day trip to watch the World Cup in Qatar, as the goalkeeper followed the France-Australia match, which was held the night before yesterday, at Al Janoub Stadium.