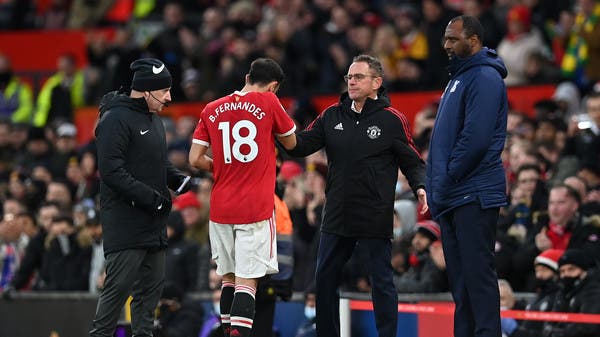 Manchester United’s new coach, Ralf Rangnick, praised his team’s 1-0 victory over its guest Crystal Palace in the fifteenth stage of the English Premier League, stressing his team’s right to collect the three points.

United, who achieved their seventh win in the tournament this season and the second in a row, started their career with Rangnick in the best way, raising their score to 24 points in sixth place, only 3 points behind West Ham, who finished fourth in qualifying for the Champions League in the season. next.

Rangnick told Sky Sports after the match that took place at Old Trafford: “I am more than happy, because first and foremost we won the match, and this is what matters the most to me. Secondly, we had a clean sheet, and thirdly, I think we deserved to win without a doubt.” Because we controlled the game.

“I think United’s possession was more than 60%, and we didn’t give them many chances to score.” To be honest, I was positively surprised by the players’ performance. I wasn’t expecting us to play like this after only a day and a half of training with them.