Rangnick: Ronaldo does not want to play in the center of the attack 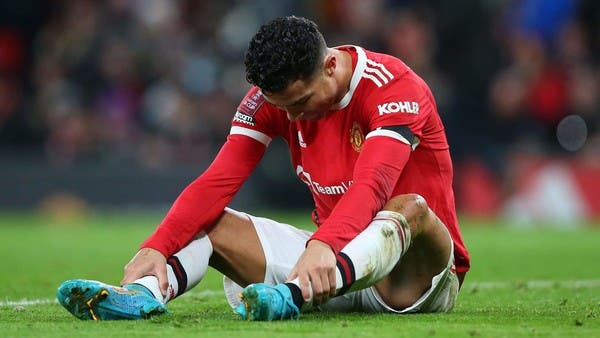 Interim coach Ralf Rangnick has confirmed that Manchester United should sign two strikers who are “good in modern football” to add real quality to the squad when new coach Erik ten Hag begins his job.

Rangnick will leave his post at the end of the season. The new Austria coach, who will remain at Old Trafford in an advisory position, said finding a player who could share the burden of scoring with Cristiano Ronaldo would be one of Ten Hag’s most important tasks.

United is sixth in the Premier League and has scored 57 goals this season, 27 goals less than leaders Manchester City.

Portuguese striker Ronaldo scored 24 goals in 38 matches in all competitions, including 18 in the league.

“Cristiano does not play in the center of attack and does not want to play in this position,” Rangnick said. “It is clear that the club needs at least two new strikers to give this team more quality and options.”

“We need two strikers who belong to modern football,” he added. They do not necessarily have to be in the center of the wing. If you look at world football, there aren’t a lot of top teams that still play with two strikers. Most of them play with three strikers or with an indistinct spearhead.

Rangnick pointed to the abundance of talent at the two rivals, Manchester City and Liverpool, and said: If you look at Liverpool and Manchester City, the two teams have five or six high-quality strikers.

He added: “Gabriel Jesus did not play much until four weeks ago with City. Now he plays again regularly. Look at the abundance of options in the two teams. If you ask me does he play as a striker or a winger?

And he concluded: Does Jack Grealish play as a winger or a striker? They are all good at different attack positions. They can also take turns which helps the coach to rotate the players, we don’t have many of those players.