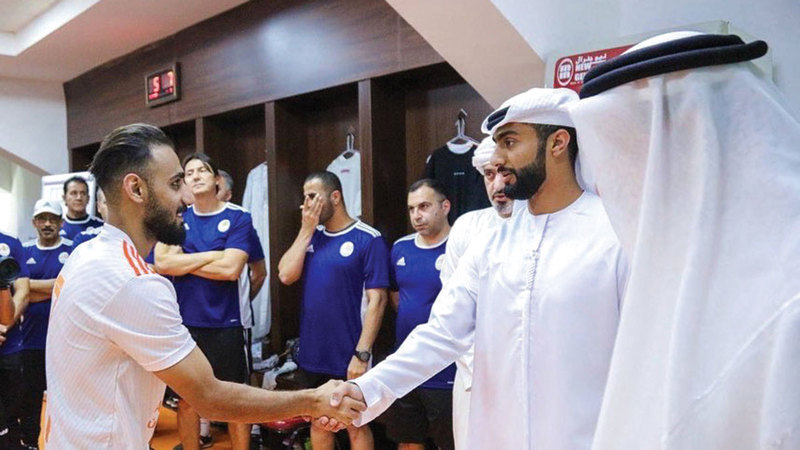 Sheikh Rashid bin Ammar Al Nuaimi, Vice President of Ajman Club, witnessed the friendly match that brought together the Ajman team a few days ago with Dibba Al-Hisn at Ajman Stadium, where the vice president of the club was keen to meet with the players and the technical and administrative staff of the club, in the presence of Khalifa Al Jarman, Chairman of the Board of Directors. And his deputy, Ahmed Al-Fura.

The official account of Ajman Club on Twitter stated that Sheikh Rashid bin Ammar Al Nuaimi appealed to the Orange fans to support the team in the new season. .

Sheikh Rashid bin Ammar Al Nuaimi called for the necessity of paying attention to the Sunni stages of the club in support of the Sunni national teams, and introducing new and young players, describing it as the club’s strategic goal.

He wished the team success at the start of the new season, which “Orange” will start next Friday, at its stadium at Rashid bin Saeed Stadium, by hosting Al Ain team in the first round of the ADNOC Professional League. It is noteworthy that Ajman won the last friendly match against Dibba Al-Hisn, 3-1.

• Ajman meets Al Ain, next Friday, in the launch of the ADNOC Professional League.